This article is an on-site version of our Europe Express newsletter. Sign up here to get the newsletter sent straight to your inbox every weekday and Saturday morning

European Commission chief Ursula von der Leyen travelled to Ireland for the first time since the UK’s withdrawal from the EU in 2020. We’ll help you read between the lines of her statement of support for a deal with London over Northern Ireland.

In Brussels, EU ambassadors were in the final stretch of a deal on a Russian oil price cap and are gathering today to have a discussion on the other proposed price cap — applying to gas traded in Europe.

We’ll also explore a likely landing zone in EU discussions about limiting the use of targeted online advertising for political purposes.

A close aide said the meeting was too short to discuss issues such as the Inflation Reduction Act, a $369bn subsidy package the EU considers discriminatory.

Commissioners Margrethe Vestager and Valdis Dombrovskis are the EU’s representatives but Breton held discussions with industry leaders at the last meeting in May.

“In view of the agenda, which no longer gives sufficient space to issues of concern to many European industry ministers and businesses, and is now limited to two hours of ministerial meetings, the commissioner has decided not to participate,” the aide said.

He will visit Washington early next year. Pass the popcorn.

Ursula von der Leyen used a trip to Dublin to remind London of two ground rules: the EU will not reopen the Brexit deal entirely, nor will it allow a hard border on the island of Ireland, write Jude Webber in Dublin and Andy Bounds in Brussels.

But some member states hope her message was also heeded by those in Dublin who in recent weeks have talked up hopes that improved “mood music” could bring an imminent breakthrough in talks over post-Brexit trading arrangements for Northern Ireland.

Case in point of the continued stalemate: yesterday’s fruitless phone call between London and Brussels. Both Brexit commissioner Maroš Šefčovič and UK foreign secretary James Cleverly tweeted that they would continue discussions, which have been dribbling on for several weeks.

Adding to the optimism, von der Leyen yesterday described Brussels’ talks with London as being “marked with a new pragmatic spirit”.

“A workable solution is within reach,” she said. “It is our duty to find it.”

But von der Leyen also insisted on the red lines well known to Brexit observers: continued customs checks to ensure the proper functioning of the EU’s single market and no hard border on the island of Ireland. “The consequences of Brexit and the kind of Brexit chosen by the UK cannot be removed entirely,” she said.

(Quick reminder of the post-Brexit Northern Ireland talks: The UK government is trying to get rid of most of the customs checks it has to perform on goods leaving Britain and entering Northern Ireland, while Brussels has offered to scale back bureaucracy if London fulfils certain conditions.)

Last month, Irish foreign minister Simon Coveney said a deal was “do-able” by the end of the year. Leo Varadkar, deputy prime minister, also raised eyebrows in other capitals when he said in October the protocol was “a little too strict”. He pointed out that the UK was not fulfilling its duty to check imports yet the protocol “is still working”.

Brussels has launched legal action against the UK over that failure to comply with the required customs checks and EU member states such as France, Germany, Italy and the Netherlands are determined to preserve the single market that underpins their economies.

“Any hole in a boat will sink it in the end if you do not plug it,” said one EU diplomat.

They added that for the first time since Brexit the Irish position is not dictating that of the others.

One concern is that Ireland does not seem to have any contingencies in place if the UK scraps most customs controls under its proposed Northern Ireland Protocol bill. In such a case the Irish would be asked to monitor goods flowing from Northern Ireland which might then be shipped to the continent.

“We would need to protect the single market. While you do not have to man the border, you need controls – perhaps 5km beyond in the form of random spot checks,” said one EU diplomat.

The unemployment rate in the eurozone has fallen to a new record low of 6.5 per cent in October, the largest fall in almost a year. But companies are scaling back their hiring plans and economists predict a weaker labour market due to the energy shock caused by Russia’s invasion of Ukraine.

Countries pushing for a cap on gas prices have come back with adjustments to last month’s European Commission proposal, saying that the ceiling should be lowered by at least €100 and the market intervention based on a traffic light system, writes Alice Hancock in Brussels.

A paper sent around to other member states by Poland, Belgium, Greece, Italy and Slovenia this week replaces the nearly unattainable criteria put forward by the commission with more reachable ones.

The proposal, seen by Europe Express, suggests that the cap should be either set at €160 per MWh (instead of the commission’s requirement for prices to be above €275/MWh for two weeks in a row) or be a dynamic cap set every month relative to an average of global prices.

“The trigger levels [set by the commission] are far from preventing episodes of excessive gas prices”, the paper said.

Instead of being triggered by a high price sustained for a certain period of time, the paper says the mechanism should be in place permanently according to a traffic light system: Idle in times of “green” trading, activated on occasion when trading looks volatile (“yellow”) and activated automatically if a “red” threshold is reached.

Market operators have been vehemently opposed to a cap. Hanzo van Beusekom, board member of the Dutch Authority for the Financial Markets, told the European parliament yesterday they had “serious concerns on the potential impact of a cap”.

Ambassadors are due to meet today to agree a first revision of the commission’s proposed mechanism but few diplomats have hope of finding an easy landing zone.

The major political groups in the European parliament have backed restrictions on political advertising online, a first step towards stricter controls ahead of the next EU elections in 2024, writes Javier Espinoza in Brussels.

Over the past year, the practice of targeting users with political ads on social media platforms has been one of the most contentious points of discussion for MEPs. Some have been campaigning to introduce a total ban on the practice, while others (and the European Commission) have argued for more moderate controls, given that an outright ban could undermine the ability of political parties to conduct any meaningful online campaigns.

Yesterday, the moderates scored a victory when a key committee approved a new text that falls short of an outright ban but introduces serious restrictions on the practice. MEPs agreed on limiting personalised ads to four categories of data, including where the person is located.

They also agreed on banning the use of data sets that include the user’s racial or ethnic origin, political opinions, and religious or philosophical beliefs for the purpose of targeted political advertising.

Paul Tang, a Socialist MEP who backs the ban on hyper-personalised ads, called microtargeting, told Europe Express that the agreement struck yesterday was setting the standard “for future developments without tracking and targeting for all ads”.

But not so fast. The deal still needs to be approved by the rest of the parliament and is subject to changes in negotiations with the commission and member states next year.

In the council, countries are equally split on the issue, ranging from pro-business countries that don’t mind targeted ads to Germany and Poland, which are expected to back a full ban. France meanwhile is in favour of banning the use of sensitive data while giving users the option to consent to being tracked.

What to watch today

Trade Secrets — A must-read on the changing face of international trade and globalisation. Sign up here

Cops start tearing up yard in search for brickie’s body

Plan to expand Containers for Change scheme to wine, spirits 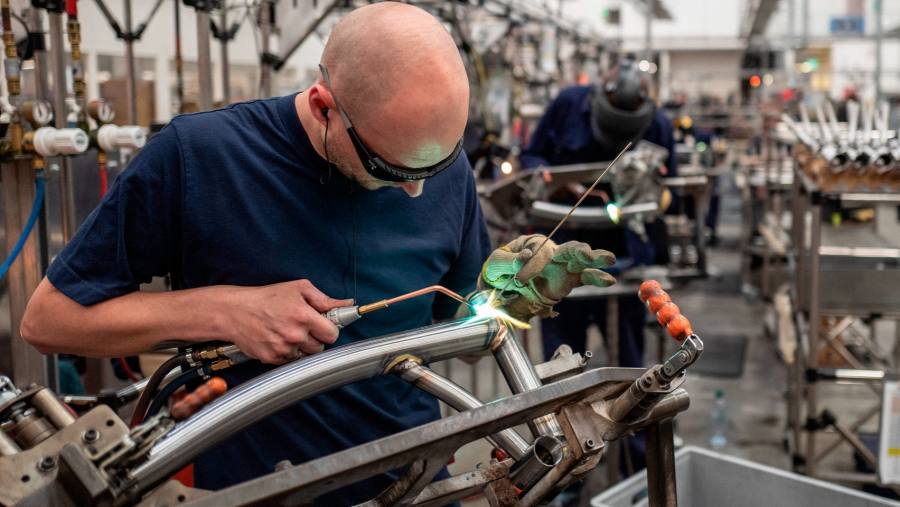