A seven-year-old boy missing overnight sparking a major search operation was hiding in the loft in his grandmother’s house, his mother has said.

He had warpped himself in insulation and fallen asleep, unaware of the huge search around the house.

The little boy was reported missing on Sunday, having been last seen in the Afton Bridgend area of New Cumnock in East Ayrshire at about 7.20pm that evening.

The search for him involved the police helicopter, marine and dog units, and Scottish Fire and Rescue Service water support unit.

Police confirmed on Monday morning he had been found safe and well.

His mother, Gemma Glover, 27, from Glasgow, said he had been staying with his grandmother Jacquie McCartney in New Cumnock for the past few months.

She told reporters: “It’s such a massive relief.

“Police searched the loft three times last night but came in with specialist equipment this morning.

“I’ve never felt anything like it, it was crazy. All night I was thinking how cold it was and in my mind I was like ‘he’s not survived that’.

“It was so cold last night and we genuinely thought he was out the house. The main thing is he’s all right. I can’t explain the emotion, it’s crazy.”

Carson had wrapped himself in insulation and was tucked away at the end of the loft, she added.

His mother added she discovered he was missing at about 11.30pm on Sunday through Facebook before rushing through from Glasgow to help search for him.

The mother of two, who also has a little girl, praised the search efforts of locals, adding: “The amount of people who drove through to search for him was amazing.”

She went on: “We hunted the house but the loft goes a bit back and he was in there.

“I’m laughing now but, believe me, I wasn’t laughing before.”

As she spoke to reporters outside her mother’s house, Carson peeped through the blinds to see what was going on.

Carson Traced – We are pleased to report that 7-year-old Carson Shephard, reported missing from New Cumnock has been found safe and well. Officers would like to thank everyone who assisted in this inquiry. pic.twitter.com/K8INFmGdMU

Carson’s uncle Alec McCartney said it was a “massive relief” for the whole family after his nephew was discovered by specialist cameras “lying sleeping, sort of covered” with a wrap of insulation over him.

“There were so many people out searching for him this morning, it’s really helpful having people around about you. It’s a good outcome for everybody,” he said.

East Ayrshire police division confirmed on Monday morning that the boy has been found, posting on Twitter: “Carson traced – We are pleased to report that seven-year-old Carson Shephard, reported missing from New Cumnock has been found safe and well.

“Officers would like to thank everyone who assisted in this inquiry.”

The local community had also been helping officers in the area.

Around a dozen police vans and cars which had been scouring the area for the child were seen leaving the town of New Cumnock after he was found. 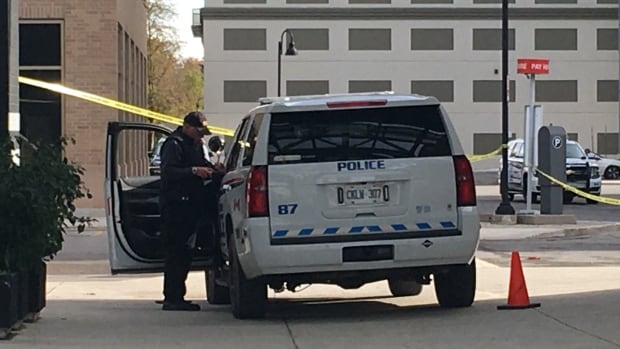 Man arrested after woman assaulted during the night in Thornton Heath