New research suggests widespread vaccination against measles can protect communities from a wide array of other viruses and bacteria by preventing ‘immune amnesia’ — an unusual measles side effect scientists now think drives epidemics of other illnesses.

Measles is an ancient and extremely contagious disease that has recently been on a comeback, thanks to the ease of global travel, the rise of vaccine hesitancy and the COVID-19 pandemic, which global health authorities recently said caused some 40 million children to miss a vaccine dose last year.

In 2021, there were some 9 million measles infections worldwide, which resulted in 128,000 deaths and untold complications among children, including brain damage from encephalitis, according to the World Health Organization.

Declared “eliminated” from the United States by the Centre for Disease Control in 2000, outbreaks have cropped up again in North America, including Canada, with outbreaks in 2019 seen in BC and across 22 states, resulting in hundreds of cases.

“It’s a completely vaccine-preventable disease,” said Mansour Haeryfar, a professor of immunology at Western University in London, Ont., and the vice-president of the Canadian Society of Immunology, who studies measles and its strange ability to sabotage the human immune system.

Unlike COVID-19, one dose of measles vaccine is 93 per cent effective at preventing the illness. The second dose raises its efficiency to 97 per cent. The vaccine is so safe and effective. It’s often given to infants, with a booster at five or six years old, about the same time kids are ready for public school.

By getting their children vaccinated, parents are not only protecting them from a potentially lethal illness, they’re also protecting them from an unusual measles side effect called “immune amnesia” — a phenomenon where the virus alters the immune system itself — causing it to promptly forget every single pathogen it has ever encountered.

“Your immune system is basically set back at the ‘default’ mode, as if you’ve never seen a microbe or infection in your life before,” Haeryfar said.

Scientists have known for more than a century that measles patients who die, often do so because of secondary infections, but Haeryfar said it wasn’t until 2018 that scientists figured out why — the virus attacks the immune system’s memory cells, erasing all information about our past exposure to pathogens, sometimes permanently.

“Measles virus can actually bind to those memory cells and completely eliminate them. So that means you lose the memory of your previous encounters with vaccines or microbes,” Haeryfar said. “To learn this stuff again you will have to be vaccinated again.”

“You may have to be exposed to some infections and you can build a memory but there is a danger that, as we age, our immune system may not be working like when we were young.”

Haeryfar said the new understanding of “immune amnesia” underscores how crucial herd immunity against measles is because without it, we leave pockets of our society who can’t be immunized for religious or health reasons extremely vulnerable to more than just measles.

As of 2019, at least 90 per cent of all children in Canada received at least one dose of the measles vaccine, according to the Public Health Agency of Canada (PHAC). That same year, 96 per cent of parents of 2-year-olds reported they felt vaccines were safe, but almost half reported they were concerned about potential side effects of the vaccine.

PHAC said one in 10 parents believe alternative practices such as homeopathy or naturopathy can replace vaccines altogether, despite numerous studies suggesting such practices leaves children at risk of serious disease.

Since then, the number of parents hesitant about vaccines may have grown, thanks to misinformation spread by anti-vaccine groups during the COVID-19 pandemic.

Measles is among the illnesses in Ontario where children cannot attend public schools without proof of vaccination or applying for an exemption on health or religious grounds.

Public Health Ontario (PHO) said the province was slightly below the national average in 2019 when it comes to measles immunization coverage and it has yet to compile data for 2020 and beyond, saying new statistics won’t be available until 2023.

Some local health units, such as the Middlesex-London Health Unit (MLHU), reported estimated immunization coverage against the illness for the 7-year-old cohort was at its lowest in 2020-21, rose slightly for 2021-22, but remains below pre-pandemic rates.

Vaccine injuries in Canada remain extremely low. Between June 2021 and June 2022, the Vaccine Injury Support Program received 774 claims of vaccine injury — only eight were so far approved by the agency’s medical review board. The Christmas dinner that grew: How one free meal led to more than 10,000 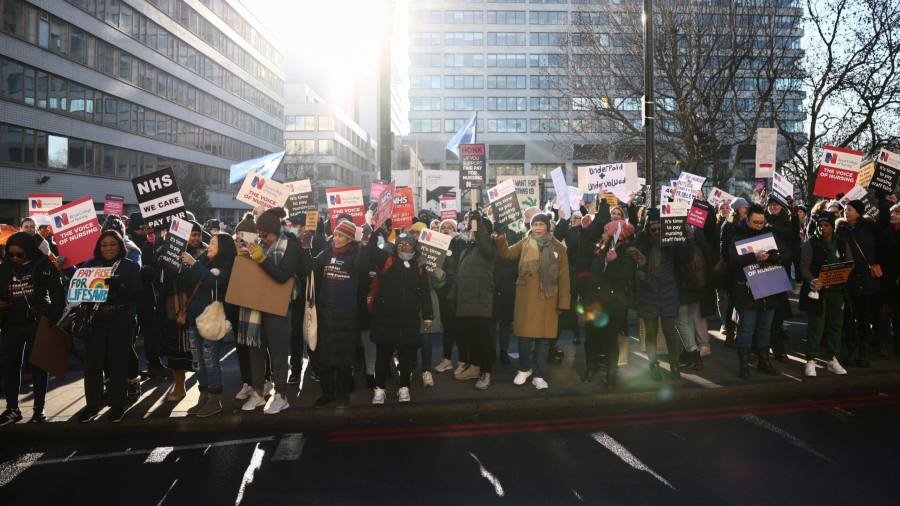 UK braces for widespread strikes as government digs in