There are two sure-fire ways to finally blow Best Kept Secret status if you’re lucky enough to have ever had it in the first place. With a 2021 Grammy Award behind them and an incoming UK tour which winds up at Wembley Arena and their biggest ever British show, Snarky Puppy can cop to both.

In truth, the Grammy win was actually their fourth – the first, for Best R&B Performance, came nearly a decade ago – and was for a live album recorded at London’s Albert Hall. So it’s fair to say this sprawling musical collective hasn’t exactly burst onto the scene from nowhere. Nor is it without a sizeable fanbase. But the other three Grammys were for Best Contemporary Instrumental Album, a curious category initiated in 2001 whose previous winners run from Herb Alpert to the Beastie Boys. In that slot, you can remain nearly uncategorisable. In that slot, you can retain a whiff of the underground. Snarky Puppy do both.

“Joyfully eclectic” and “religiously unclassifiable” is how Rolling Stone describes them. Others resort to more familiar ‘fusion’ terms such as jazz-funk, while hailing their improvisatory performances and the wide range of musical idioms they employ. But what does amiable band leader and Snarky Puppy founder Michael League identify as the building blocks of their sound?

“I guess I would say primarily it’s black American music,” he tells me over a Zoom link from his home in New York. “There are over a dozen genres under that umbrella, but I would say Snarky Puppy employs mostly jazz definitely, [plus] soul, funk, R&B, gospel in certain moments, and hip-hop. But then we’ve also always been looping in elements of different musical traditions from around the world, and I think the thing that makes it work and not sound too scattered or disparate is the ability of the band to run whatever it is we’re doing through our own filter and our own sound. That way we don’t sound like chameleons, or sound identity-less. Over the course of the 2000 plus shows we’ve played, the band has figured out what it is that is our sound.”

That ‘looping in’ of other musical traditions comes in part from what League describes as “study trips”. Immediately before the pandemic he spent two months in Turkey, and he tries to visit Morocco three or four times a year. “I basically schedule time to take lessons,” he says. “You learn more from listening when you have established a foundation of knowledge about what it is you’re listening to. I mean I can turn on gamelan music today and enjoy it, but I would enjoy it more deeply if I had some kind of knowledge about what was going on.”

In Morocco he studies the gimbri – or “these guys” as he calls them, gesturing over his shoulder to where two of the distinctive three-stringed lute-type instruments are propped up against a sofa – and krakebs, a form of heavy iron castanet. In Turkey he took percussion lessons on the daf (a frame drum with rings inside it, a bit like a tambourine), the dohola (a ceramic bass drum) and the oud.

Another characteristic of League’s outfit is the large number of musicians who have served under the Snarky Puppy banner over the 18 years of the band’s existence. The publicity picture for the current tour shows a line-up of 19 musicians – all men, interestingly – though if you factor in the personnel who have featured on previous tours you can probably double that number at least.

“It didn’t start as the plan,” says League of the ever-changing membership. “It started as necessity because in the beginning I didn’t want to say no to any gigs because we didn’t get a lot of offers. So I just said yes to everything and if people weren’t available I had to find other people and if they sounded great it felt like a waste to just have them play one gig and never again. So basically any time anybody has come in and played in the band and sounded great and contributed something beautiful that moved the music in a new direction, they just stayed on the call sheet … in the end what began as kind of a necessity became our greatest advantage, which is that the music is always growing and changing in dramatic ways simply based on the fact that we have new blood coming in constantly.”

And does the new blood affect the beating musical heart that is the Snarky Puppy live show? “Yes, absolutely. When you do a six month tour and you do three weeks or five weeks with one guitar player and then a new one comes in, it changes the sound of the whole band because everyone’s obviously listening and they notice the differences,” he says. “It changes how you play.” That, though, is all part of the appeal.

Still only 38, California-born League formed Snarky Puppy during his first year studying jazz at the University of North Texas in the city of Denton. The way he tells it, the band was born of necessity: he was so bad at his chosen instrument, the bass guitar, that he didn’t make it into any of the university’s ensemble groups. Instead he gathered nine like-minded individuals around him and began gigging, working hard and relentlessly, and finding himself performing gospel music in churches as often as he played jazz in basement clubs.

Along the way he was taken under the wing of keyboard player Bernard Wright, who had recorded with the likes of Miles Davis, Cameo and rapper Doug E Fresh, and it was in that formative, explorative, genre-bending experience on the Dallas scene that the Snarky Puppy ethos has its roots. Later, League became a regular member of Erykah Badu’s backing band alongside his work with Snarky Puppy and to date he has also produced all 13 studio albums since the band’s 2006 debut, The Only Constant.

Album number 14, out yesterday, is Empire Central. League describes as a love letter to Dallas, though it also acts as a memorial of sorts to Wright, who died aged 58 just months after it was completed.

“When the band moved to Dallas and started involving musicians from the Dallas music scene in it – like Bernard Wright first, Robert ‘Sput’ Searight second, Bobby Sparks, Shaun Martin – I think the sound changed more dramatically than it ever has over the last two decades,” says League. “So we thought after almost 20 years as a group this would be a good time go home and say thanks and show respect and celebrate the musical legacy that Dallas and Texas at large has. You think about Robert Glasper, Jason Moran, Eric Harland, Kendrick Scott, Erykah Badu, Norah Jones, Roy Hargrove, Beyonce, Usher – these people are all Texans and they’re basically all from Houston or Dallas. So it’s very special what’s going on in those places, to this day.”

Featuring three guitarists and four keyboard players alongside strings, brass, a violinist and multiple percussionists and drummers, Empire Central’s 16 tracks were recorded over eight nights in front of a live studio audience. The album itself was preceded by a single, Trinity, eight minutes of slow-building grooves, brass flurries, squelchy basslines, synth stabs and distortion-heavy guitar runs.

Not that audiences turning up to the band’s much-anticipated UK dates can expect a faithful rehash of it, or even the sort of by-the-numbers run through you get when a band has a new album to promote. That isn’t the Snarky Puppy way.

“I think any time an audience has come to us expecting something they’ve been disappointed,” says League. “They don’t come to hear their favourite song. I think they recognise that when they go to a show they’re going to hear a lot of songs they’ve never heard before, or songs played completely differently.”

There is no formula to a Snarky Puppy show, he adds. In fact there isn’t even really a show. Instead, “we’re getting together and playing the music we want to play in that moment. We’re definitely considering the audience experience, but in my opinion the audience can’t have a good time if the band is miserable. If the band is joyful and feel like they are experiencing a special moment, then it’s only natural to believe the audience will be perceptive enough to recognise that.”

Roll up, roll up: Michael League and his joyful, unclassifiable musical circus are coming to town.

A 'death sentence' or 'back to normal life'? Scrapping of COVID-19 isolation rules draws mixed reaction 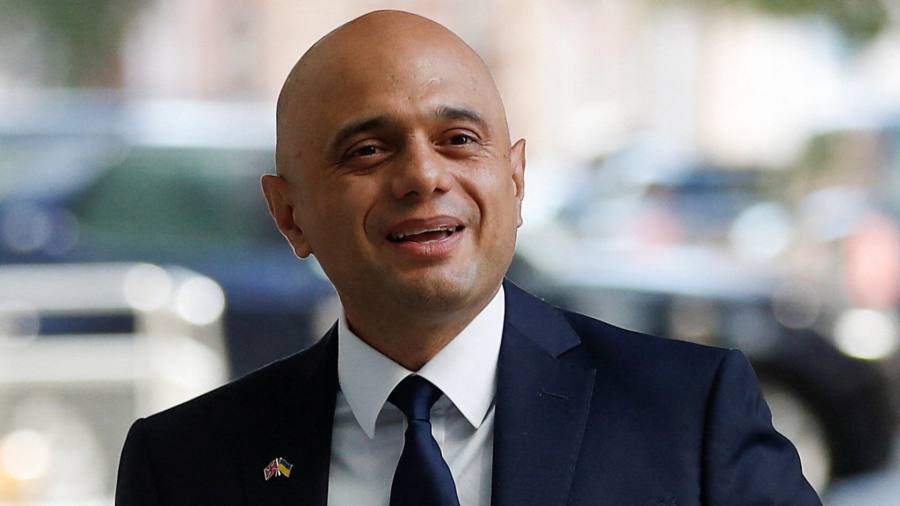 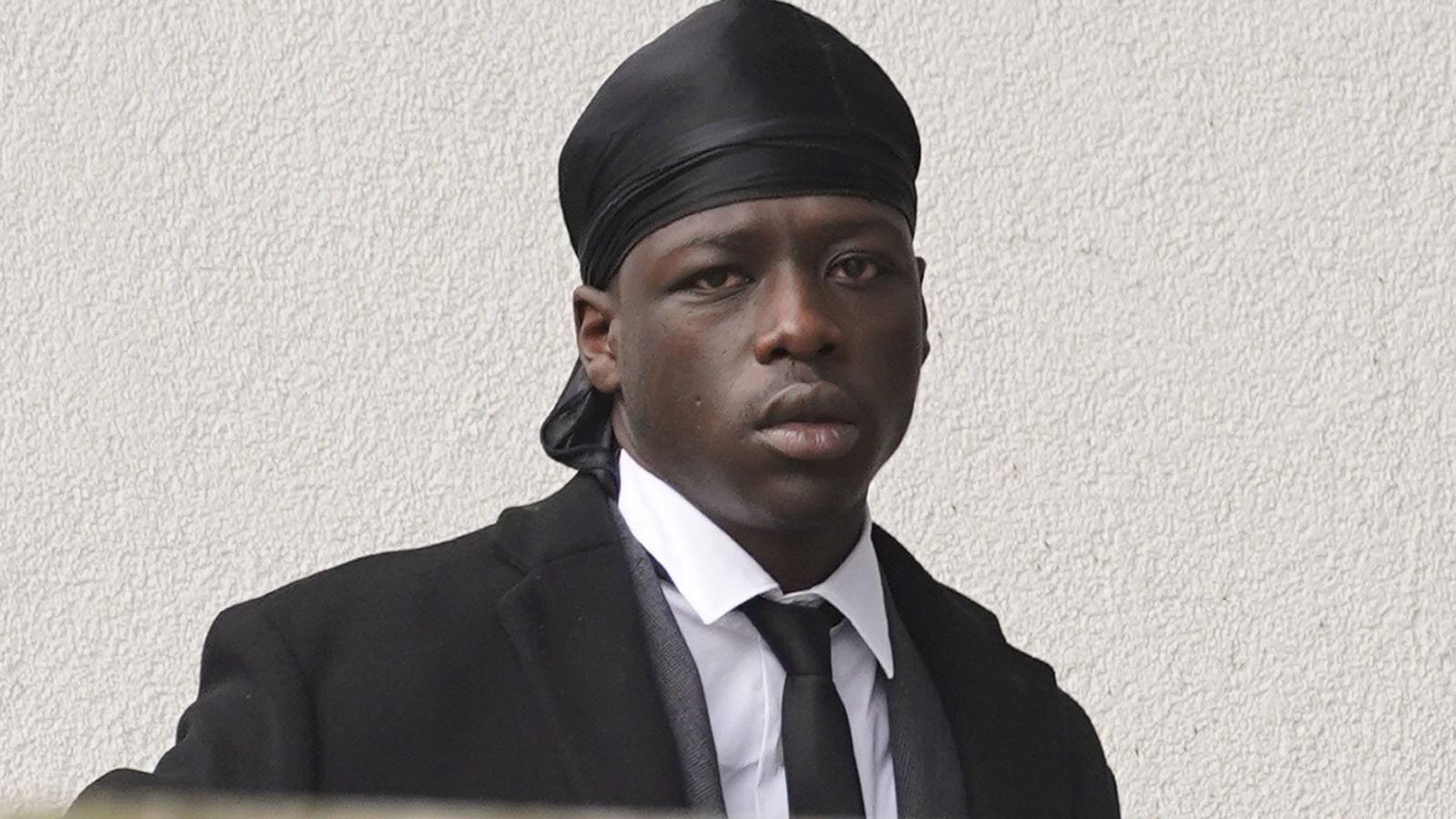