The City of London is preparing to spray some 14 hectares of parkland later this month to ward off European gypsy moths.

Five locations have been selected in an effort to stop the caterpillars before they hatch and begin eating leaves.

The aerial spraying will happen using a helicopter at the following five locations on public land in London:

The city says it’s been studying the areas for the past two years and has chosen the parks, in part because of the number of oak stands.

Oak trees are particularly vulnerable to gypsy months, which is a problem because each oak supports multiple species.

Each gypsy caterpillar can consume up to a square meter of tree foliage, local forestry experts say, eventually weakening or killing the tree.

The spraying will take place between May 10 – 31, depending on the weather.

The city will notify more than 800 area households, and is offering to call homeowners 48 hrs ahead of the spray date.

More details can be found on the city’s gypsy month information webpage.

Jill-Anne Spence, the manager of urban forestry for the City of London, explains how to remove gypsy moth egg masses. 2:40

Four Peterhead players agree to stay for next season 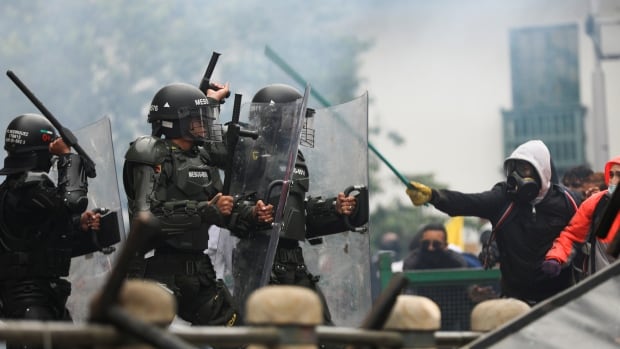 ‘It’s literally a war zone:’ Colombians in London on the edge as deadly protests continue back home | CBC News