A former south London football coach and Croydon Council youth worker has been jailed for sexually abusing four schoolboys over a 30-year period.

David Hughes, 66, targeted three of the children while he worked in youth clubs in New Addington and as a volunteer football coach between 1988 and 1995.

Further offences were committed against a teenager between 2017 and 2018.

The investigation into Hughes’ abuse unravelled after the mother of one victim came forward in September 2018, telling officers: “I want to report a paedophile.”

He was arrested in possession of a black holdall containing children’s underwear in December 2018.

Today (November 25) Hughes was sentenced at Croydon Crown Court to ten years, comprising of nine years in jail and one year on extended licence.

He was also given a sexual harm prevention order and put on the sex offenders register for life.

His youngest victim was just eight years old when the abuse began.

Wayne Groves, 42, came forward to reveal that Hughes groomed him from the age of 11, showering him with gifts, including expensive football kits and trips to the cinema.

Hughes sexually abused Wayne on at least five occasions after luring him back to his home.

Wayne said these meet-ups kept happening for about two years until he lost interest in football and moved away from the area.

Even though he lost contact with Hughes, the effects of the abuse have haunted him throughout his life, as he suffered from PTSD and depression as a result.

Another eleven-year-old was plied with cider before being sexually assaulted.

The court also heard that Hughes would encourage the young football players to wear shorts, rather than tracksuit bottoms, and for them to wear briefs under their shorts rather than boxers.

He would also rub cream such as deep heat into the boys’ legs before matches or training.

“He took up jobs where he could get close to these children and used their love and appreciation of a sport to groom and abuse them.

“He showered them with sporting gifts such as boots and tops. All the while, he was in a position of trust betraying the very principles of his role.

“Many of these young schoolboys described feeling powerless to stop the abuse at the time.

“They have since come forward and provided strong witness testimony against their abuser allowing the jury to convict him.

“When the allegations were first put to him, he said ‘I don’t recognise either name which is hardly surprising given that I have coached thousands of children over years.’

“The CPS is absolutely committed to bringing sexual predators to justice regardless of the passage of time since the offending.

“I hope this prosecution goes some way to comfort the victims of this man.” 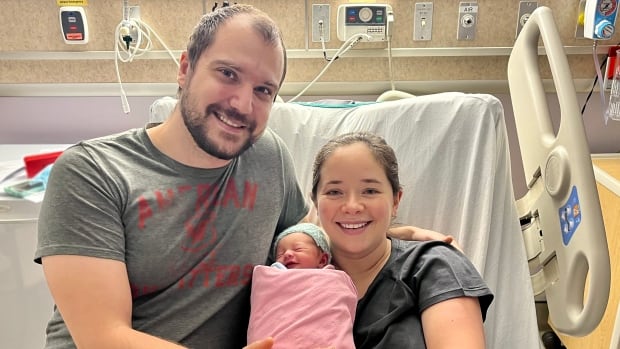 London’s first baby of the new year is here, and it’s a girl | CBC News