Good morning. This article is an on-site version of our FirstFT newsletter. Sign up to our Asia, Europe/Africa or Americas edition to get it sent straight to your inbox every weekday morning

Good morning. Boris Johnson pulled out of the race to become Britain’s next prime minister last night, after rivals claimed he would fail to reach the necessary threshold of 100 nominations from Tory MPs.

After a day of frantic attempts by Johnson to bolster his support, he announced at 9pm that he was abandoning his bid to make a comeback as prime minister just weeks after he quit Number 10.

His withdrawal from the contest leaves former chancellor Rishi Sunak as the clear frontrunner to succeed Liz Truss as Conservative leader and prime minister.

His only declared rival for the job, leader of the House of Commons Penny Mordaunt, has failed so far to win the backing of more than 30 Tory MPs. If she does not reach the threshold of 100 nominations by 2pm today, Sunak will become prime minister.

Johnson claimed to have amassed 102 nominations, although Tory MPs in rival camps believe this might have been disproved when nominations close today. Johnson said he believes he has “much to offer but I am afraid that this is simply not the right time”, and that he is “well placed” for a victory in 2024.

Five more stories in the news

1. US strong enough to avoid recession, says top economic adviser Brian Deese, director of the White House’s National Economic Council, said the US is in a “strong position” that will allow it to experience a “soft landing” with slower growth and a cooling of the job market rather than a deep contraction and mass lay-offs.

2. Xi unveils loyalist leadership team to cement consolidation of power After securing a third term as the Chinese Communist party’s head, Xi Jinping walked on to a red carpet last night trailed by the officials who will sit on his seven-member Politiburo Standing Committee. Four of the officials are new appointees.

3. Japan made intervention of at least $30bn to prop up yen After the yen fell to a fresh 32-year-low against the dollar, Japanese authorities conducted an intervention on Friday — their second in a month — to prop up the currency. They are likely to have spent more than $30bn last week, in addition to the $20bn spent in September to conduct Japan’s first yen-buying operation since 1998.

4. Big Tech earnings forecast to slow in Q3 as ad sales fall A sharp slowdown in revenue among the biggest US tech companies brings an end to the pandemic-fuelled surge in digital activity. Revenue growth at Alphabet, Amazon, Apple, Meta and Microsoft — which is watched as a barometer of the wider consumer economy — is expected to have slowed to just under 10 per cent in Q3, according to analysts’ estimates.

Race for new British PM narrows Nominations for the Conservative leadership close at 2pm today. If only one candidate obtains 100 nominations, they will be declared the prime minister today.

Donald Trump’s criminal trial begins The former US president’s family company, the Trump Organization, has been charged with tax fraud by Manhattan’s district attorney. Trial by jury for the $250mn case begins today in New York.

Diwali India and Sri Lanka celebrate a national holiday today in observance of the beginning of the Hindu festival of lights.

What else we’re reading

How the US chip export controls have turned the screws on China Joe Biden’s tough measures make it harder for China to manufacture advanced semiconductors, thereby slowing the country’s military modernisation and its progress in artificial intelligence and super computers. But the controls could have a number of other effects — on China’s homegrown industry, American companies and possible spillover to other industries.

Iran seeks to exploit widening gulf between Russia and the west Ukraine and the west have accused Iran of supplying Russia with the military drones that are pummeling Ukraine’s cities. While Iran and Russia deny the trade of combat drones, there’s no doubt about the countries’ increasingly cordial relations since the invasion of Ukraine in February.

How the markets broke ‘Trussonomics’ Follow along in a visual journey of the UK’s economic history and Liz Truss’s legacy: an ill-fated “mini” Budget and its devastating fallout, which culminated in her departure from office after only 44 days.

Harsh lessons learned from corporate rebrands Up until last Thursday, Manchester-based travel business Intravelr went by the name Invasion. The group was motivated to rebrand after Russia’s invasion of Ukraine. While they had sensible reasoning behind the name change, the decision to drop the second “e” in the spelling of their name makes less sense, writes Pilita Clark.

The online tactics that help novels go viral With earnings from traditional publishing on the decline, authors are pursuing entrepreneurial tactics on platforms like TikTok, Goodreads and Substack in order to generate buzz around their titles. The ability to connect more directly with fans — the drivers of virality — is forging a potential new golden age for novelists.

Artist Sergiy Maidukov’s sketches of the war in Ukraine are explained through poignant entries in his diaries.

Thank you for reading and remember you can add FirstFT to myFT. You can also elect to receive a FirstFT push notification every morning on the app. Send your recommendations and feedback to [email protected]

The Climate Graphic: Explained — Understanding the most important climate data of the week. Sign up here

Long Story Short — The biggest stories and best reads in one smart email. Sign up here

'Clear breach' of human rights obligations: Why the UN has taken aim at Australia over prison visits

The bottom line on the benefits of tomatoes 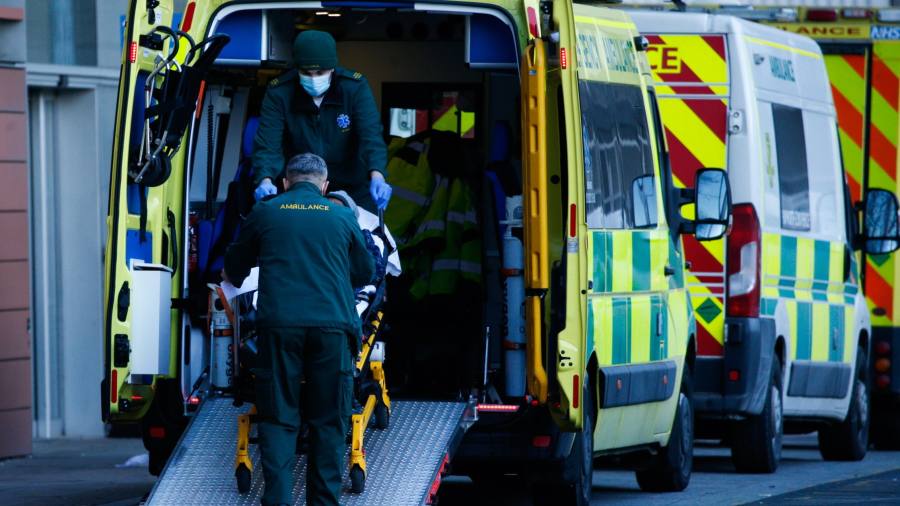 UK business needs to brace itself for much higher taxes Businesses ‘banging their heads against a brick wall’ over improving trade with EU, BCC warns