Aberdeen FC’s community arm helped deliver around £95 million of benefits to the north-east over a 12-month period, a new report has revealed.

The AFC Community Trust (AFCCT) – widely hailed across Europe as one of the best examples of a club working to improve outcomes for people in its area – has published an impact report detailing its work over the 2019/20 period.

Tens of thousands of people have taken part in the organisation’s activities, which involve working in schools, helping those with conditions such as dementia and working to improve outcomes for those from deprived backgrounds.

The report found participation in football and football-related activities directly contributed more than £16 million to the local economy.

Programmes such as AFCCT’s health walks and its work in 23 schools also delivered huge benefits, with football-related activities delivering almost £13 million in social benefits and more than £66 million of savings in healthcare.

At the end of 2019 the trust moved into the Cormack Park training complex, and 15 grassroots clubs raised £13,000 for the charity through hiring pitches.

A total of 6,000 hours of pitch use have been made available annually by the club, allowing it to continue expanding its work and reaching more people across the north-east.

“Since 2014 the trust, working with our partners, has helped dramatically improve the health and wellbeing of more than a million people across Aberdeen City and Shire, leading to increased attainment and major savings in healthcare services.

“As we emerge from lockdown once more, we’ll be ramping up our work with young people. Helping to tackle mental health challenges is a top priority for us.”

In total more than 71,000 people took part in activities organised by AFCCT in the period covered by the report.

As well as working to address the needs of communities directly, AFCCT also has input from bodies such as the Scottish Government, Education Scotland, SportScotland, the Scottish Football Association and Aberdeen City and Aberdeenshire Councils.

It places strong commitment on tackling issues such as poverty, inequality and wellbeing, and bases its activity around three pillars: education, football for life and healthy communities.

More than 8,300 school pupils were supported by the trust as part of efforts to close the attainment gap, and a MINDSET programme was set up to address mental health by breaking down stigma and teaching skills to help with stress.

Over the course of the Covid-19 pandemic the course has also worked to combat loneliness and isolation, making thousands of phone calls to check on people’s welfare.

It also set up the Still Standing Free initiative, which involved delivering food packages to those in need in communities across the north-east.

Ms Bowie added: “The unprecedented disruption as a result of the pandemic has had a considerable impact on the support that has been needed over the past year.

“The swift response from both the club and the trust to the initial lockdown and the prolonged restrictions which followed, through its Still Standing Free campaign, demonstrated what can be achieved by working together, along with the support of the Red Army.

“The passion for AFC and the power of football give us a unique approach which fosters engagement and enthusiasm in our participants.

“From our work in schools to the provision of football coaching, camps and festivals; management of primary schools’ and girls’ football leagues and initiatives including dementia sufferers and the elderly, the trust enriches lives across our community and we look forward to continuing this work over the coming year.”

Northfield Academy is one of AFCCT’s 23 partner schools across the north-east.

The trust has been working in the school for a number of years, mainly working with children in the junior years.

However, head teacher Douglas Watt revealed the programme has been so successful it is now being expanded to include older pupils.

Mr Watt paid tribute to the “invaluable partnership” between the school and the trust and the positive outcomes it has generated for youngsters.

“We have been running the programme for a good number of years, particularly with pupils in the junior phase,” he said.

“However, it has grown over the years and has become so successful that we are moving it up into the senior school after the summer.

“For us it has been a really invaluable partnership.

“The trust does a lot of work with our talented footballers but there is so much more to it than sport. There is mentoring around leadership skills and team work.

“For some pupils with behavioural issues, it is a really good tool for getting them interested and engaged, and for building confidence.”

“A lot of the time kids don’t realise how good they can be,” he added.

“Getting them into that different environment the trust offers gives them the opportunity to reach their potential.

“For us, the trust is something we simply couldn’t do without. It instils a sense of pride in the young people.

“Being part of the trust’s activities opens up other opportunities for them. It’s something to put on their personal statement if they want to go to college, or their CV if they are applying for jobs.

“It can have a huge positive impact on the rest of their lives.”

Aberdeen FC chairman Dave Cormack said the report vindicates the view the club has a “valuable role to play” in improving lives in the region.

Through the Still Standing Free campaign, the club played a vital role in supporting those most in need.

Mr Cormack believes the trust can continue making a “tangible difference” for people across the north-east.

“The success of Still Standing Free demonstrated that Aberdeen FC is at the heart of its community with a valuable role to play in the socio-economic well-being of the region,” he said.

“The campaign underlined that the collective power of the Red Army, the club and the trust, along with its sponsors and corporate partners can be an inspirational force for good.

“This powerful combination has the potential to help the region on many levels. The club, working hand-in-hand with the trust, can support key economic indicators such as city region promotion and civic pride, education and employment, social inclusion and health and wellbeing.

“Through the power of the AFC brand and the passion for football, the trust makes a tangible difference to the lives of our citizens and this impact report underlines the major contribution it makes to the social and economic fabric of our region.

“I am incredibly proud of our trust, its employees, coaches and the amazing volunteers, many of whom are loyal fans. They are dedicated and committed to changing lives for the better.” 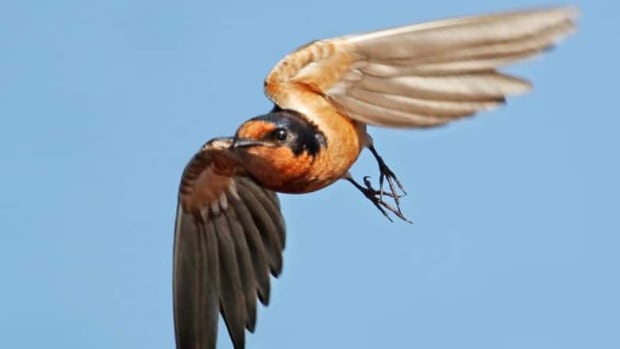