When driving in Ukraine, you sometimes feel your head spends more time hitting the roof of your vehicle than your bottom does the seat.

The country”s roads are riddled with potholes; age-old wounds of years of neglect.

In some places, the holes take up more space than the asphalt, making it hard to cross Ukraine, which is the second-largest country in Europe after Russia.

From the war zone in eastern Ukraine, south to the Black Sea and west to the mountain ranges of the Carpathians, thousands of kilometres of road are in disrepair.

But Ukraine’s president, Volodymyr Zelenskyy, is on a mission to do something about it. He calls it the Great Construction Project – a project to build and repair thousands of kilometres of road each during his presidential term.

But, there is just one — quite big — problem: money.

To finance its infrastructure ambitions, Ukraine must find billions of euros. Kyiv had sounded out the International Monetary Fund (IMF), but the pair’s relationship is at a standstill because of a lack of progress on reforms and uncertainty about the independence of the National Bank of Ukraine.

That means Ukraine may have to take Chinese funds. However, taking money from Beijing comes with substantial downsides, experts warn.

“China is not interested in political changes, China gives money without political obligations, and that is why it is interesting for Zelenskyy. From their view, China’s money is money without obligations like political reforms or judicial reforms. It is money with no strings attached,” Alexei Jakubin, an associate professor at Kyiv Polytechnic Institute, told Euronews.

While negotiations are thought to be underway, it is unclear at what stage they are at or what sums are being discussed.

What can Ukraine learn from Europe’s flirtations with Chinese cash?

If Ukraine looks to other European countries, there are lessons to be learned about borrowing money from China. Recently, the Bulgarian think-tank, the Center for the Study of Democracy, published “Chinese Economic Influence in Europe”, an analysis of Chinese investments in the Balkans, Hungary and the Czech Republic.

“We have looked into different governments related to Chinese presence and conducted an expert survey across the region. We saw that in countries where China has invested the most there has been the lowest quality of government as a result,” said Martin Vladimirov, one of the researchers behind the report.

But Chinese debt is not necessarily linked to poor governance, said Amanda Paul, a senior policy analyst with the European Policy Centre in Brussels.

However, she still calls for caution, when it comes to Ukraine borrowing from China.

“Personally, I don’t think Ukraine should fully fill the IMF vacuum with Chinese money. It is reckless. But it depends on the agreements they would sign. These would need to be very transparent. The sort of money we are talking about is huge, and Ukraine’s ability to pay it back is questionable. The Chinese do not care if the money is returned, because it gives them an opportunity to enhance their position in the countries,” said Paul.

According to Vladimirov, if the countries are unable to pay, in many cases, China will just take control of the projects they have financed.

“I believe this is a purposeful strategy of China. They use the loans as leverage to establish a presence in the countries. It might not have been designed like that from the beginning, but it is a favourable benefit of the relationship. In the case of Sri Lanka, China used the construction of the port to pressure the government to change its China strategy,” said Vladimirov.

Does the West really want to push Ukraine into the arms of China?

For China, there is another big problem to be solved through these contracts. Often, when it comes to Chinese investments, the contractors in the deals will also be Chinese companies.

“China needs to find work for millions of Chinese workers, so they turn to projects abroad where they can keep bankrolling companies that are not in a good shape domestically. One of the ways is to sign long term loans and guarantee these companies projects for their labour and equipment,” said Vladimirov

Under Donald Trump, the United States has been less than enthusiastic about Chinese-Ukrainian relations. When Ukraine tried to sell off the jet engine manufacturer Motor Sich to the Chinese, Washington protested loudly.

Clearly, there was little interest from the Trump administration to see Ukraine getting further in bed with China. Biden shares this concern and so does many leaders in the European Union.

But they are left with a dilemma.

Should Western money lenders like the IMF and the World Bank loosen their requirements for recipient countries, so as to make China a less desirable financial partner?

“These governments need to see that they can sell a Euro-Atlantic future to their constituency, but if they can’t do that, they will look the other way,” said Vladimirov.

“[The] EU needs to step up their game. There is a power vacuum left by the EU and US that Russia and China are willing to fill.”

Euronews reached out to the office of President Zelenskyy for a comment. Zelenskyy’s press secretary declined to comment in detail, adding: “Mentioning the presidential office here would be manipulation.” Instead, he suggested talking to Ukraine’s ministry of infrastructure, who did not respond to Euronews request to comment.

Previously, the president has commented on the relationship with China, although not specifically about borrowing money for infrastructure.

“We are a fairly independent country that chooses business partners by itself. If the business is clean, open, and gives additional jobs in Ukraine, this is the priority,” Zelenskyy said, according to the state-owned news agency Ukrinform.

Tom Brady by the numbers: Buccaneers QB built Hall of Fame legacy with Patriots, has edge over Bill Belichick 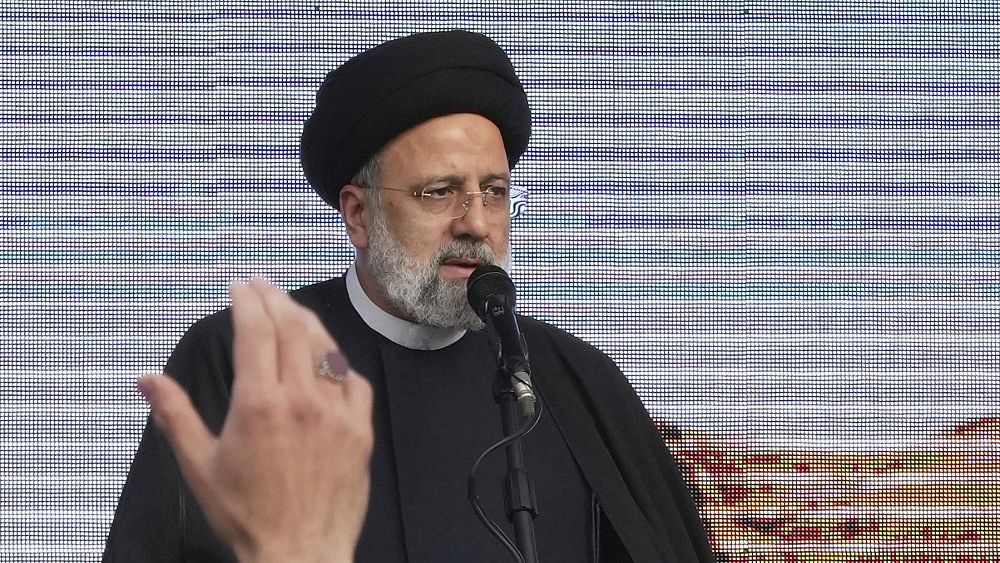 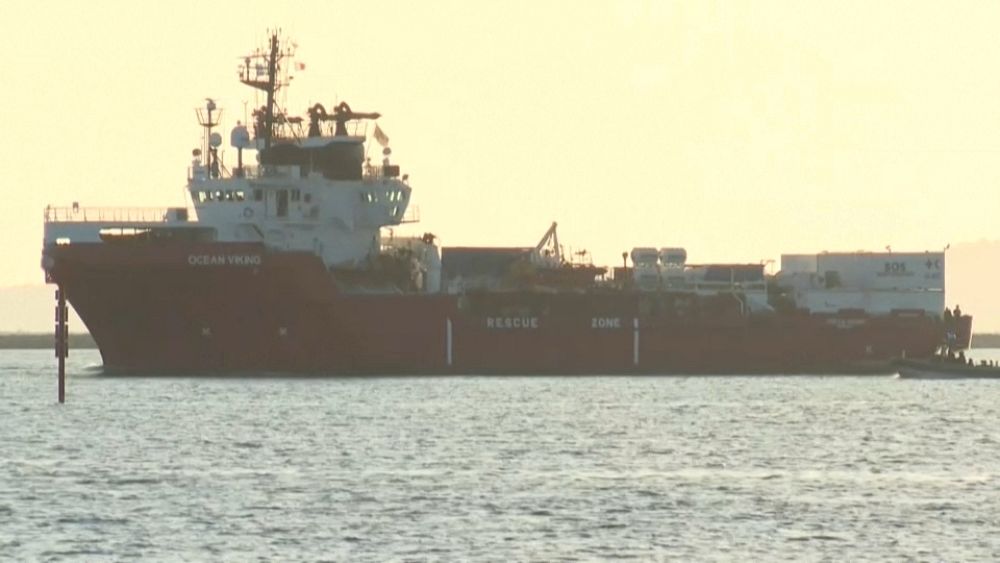 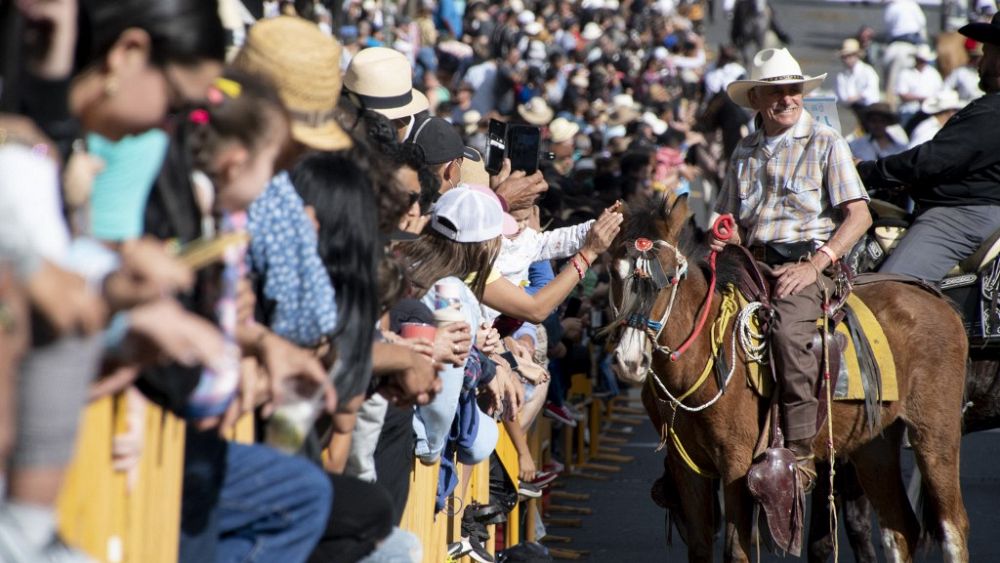