Three weeks ago, nobody in the Finnish government was talking about rights for Sámi, the EU’s only recognised indigenous people.

Few Finns even knew — or cared to know — there were any problems with a stalled piece of human rights legislation.

It could even be the final straw in bringing down Sanna Marin’s government.

Previous attempts to pass an act, after lengthy negotiations, have failed at the Sámi Parliament level but this new version has been sitting ready for the last 18 months.

The Finnish government failed to act on it until a Euronews investigation exposed deep frustration in the Sámi community that nothing was being done, despite a looming procedural deadline in the Finnish parliament.

“I feel a bit disappointed that all of this discussion could have taken place in the span of the four years this law has been included in the government programme,” said Petra Laiti, the chairperson of the Saami Youth organisation.

When Finnish Prime Minister Marin said last week she wanted to move the draft law on to parliament for a vote, her coalition partners the Centre Party — the only one of five government parties who oppose the new act — asked for more time for discussions. That time was given, and on Sunday the parties talked again, with the Centre Party concluding again they need more time.

Without a breakthrough, that latest extension might run out on Thursday, if Marin decides to take the Act to parliament and live with the consequences.

“Sámi have been bending over backwards trying to get people to talk about this,” Petra Laiti told Euronews.

“I am simply wondering if the argument is that we need more time to talk about it, why haven’t politicians been talking about it in the last four years?” she asked.

What are the most contentious parts of the Sámi Parliament Act?

At the heart of the new Sámi Parliament Act is the right of self-determination for the Sámi people.

In recent years the United Nations has criticised Finland for the way it treats them and urged the government to rectify the problems and enshrine the right of Sámi self-determination into law.

As recently as June, a UN committee found that Finland violated an international human rights convention on racial discrimination when it comes to the political rights of Sámi.

At present, there are three criteria for deciding who is Sámi, and someone would have to meet just one of them to be added to the Sámi Parliament electoral roll: the first two deal with language, and are in line with similar laws in Norway and Sweden. But the third is the so-called Lapp criterion which is unique to Finland and says that someone would have the right to vote in Sámi elections if just one ancestor paid the Lapp tax for their livelihoods, even going back several centuries.

Mainstream Sámi want to see this part of the law scrapped and for the Sámi Parliament itself to decide who is Sámi: the very definition of self-identification.

And this is the part which brings Marin and her three coalition partners into conflict with the Centre Party.

“I do think this particular law is being used as a pawn in a bigger game of power by these parties, and the Finnish media is interested in this law not because of the law itself, but because of the dynamics between Sanna Marin and Centre Party leader Annika Saarikko, and that doesn’t help the Sámi at all,” said Petra Laiti.

Could the Finnish government really fall over this issue?

If Marin takes the law to parliament without Centre Party consent, as she has said she would do, they could pull their support from the coalition government and collapse it.

This is something which happens surprisingly regularly in the Nordic region: in 2019 the previous Centre Party government of Prime Minister Juha Sipilä collapsed when he couldn’t get healthcare reform laws passed; while also in 2019 the Centre Party pulled their support for Social Democrat Prime Minister Antti Rinne, which brought Sanna Marin to power.

“If the government should topple over this, I don’t think it will be because of the law itself. It will be due to tensions boiling over at least. I imagine that the other government parties are frustrated this is the hill the Centre Party would choose to die on,” said Laiti.

Marin was not available to give comments on this story. Finland’s Justice Minister Anna-Maja Henriksson was also unavailable — although Henriksson, a minority herself from Finland’s Swedish-speaking community — wrote in an op-ed that said the new act should be passed now to bring Finland into line with international human rights obligations.

Impasse highlights stark differences between Lapland and the rest of Finland

While the issues around the reform of the Sámi Parliament Act might be new for many Finns and Finnish politicians, they’ve long been the subject of discussion and discontent in northern Finland, with the previous law dating back to 1995.

“In northern Finland, the debate has been going on already for a long time. Unfortunately, it has been largely dominated by voices that are against the development of Sámi rights. Also here, the Sámi are in minority, and getting their voices through in local media which largely sides with the views of the Centre party, is hard” explained Laura Junka-Aikio, Professor of Northern Politics and Government at the University of Lapland, who is married to a Sámi.

More recently, she says, this has begun to change, because Sámi people are able to bypass traditional media and take their message directly to a wider audience via social media. And while this has brought, in turn, increased hate speech and disinformation, “Sámi are really trying to push back against that,” Junka-Aikio told Euronews.

“It is interesting to think whether the government would have been ready to just not address it properly had there not been this international attention on this issue. While it has been really precious that Sanna Marin is clearly now staking all her credibility on trying to get this through, there is tough opposition too. International pressure remains really important.”

Petra Laiti also points to the importance of international media coverage of this issue to keep up the pressure on the Finnish government but sounds a note of warning.

“If this law is not passed, in time it will become a very dangerous benchmark on how a nation can use hybrid influence on an indigenous population.

“Finns always think of Sámi issues as local issues, but people are missing how dangerous a precedent this can set, of how a state can pose as a defender of human rights, but at the same time committing this kind of atrocity by not supporting the Sámi Parliament Act.”

Sámi life in the EU’s most northerly municipality

In Utsjoki, northern Finland — Ohcejohka in Northern Sámi — the political games at parliament in Helsinki seem very far away indeed.

This is the European Union’s most northerly municipality, the only one in Finland with a majority-Sámi population, and just about as far as it’s possible to go from Brussels and still be in the EU.

“Utsjoki is known for its natural resources livelihoods like reindeer husbandry and fishing, border trade between Finland and Norway, and nature tourism services,” explained Taina Pieski, the local mayor who is also Sámi.

“I have to say that the decision-makers at the national level have no idea what life is like for the Sámi in Finland. We are still here as our own nation inside the Finnish society,” she told Euronews.

This part of the country will soon slip into a prolonged period of Polar Night — called Kaamos in Finnish, or Skábma in Northern Sámi — when the sun doesn’t rise for almost two months.

Many of the people here, just 1,170 residents, are involved in traditional Sámi livelihoods like reindeer farming or fishing, and services like education and social and healthcare are provided both in Finnish and Northern Sámi.

For Sámi people living along the Teno River, which forms part of the long shared border with Norway, salmon fishing has been a crucial part of their livelihoods. However the wild salmon population has collapsed, and the Finnish government has banned salmon fishing in the river for the last three summers, which has had a “catastrophic effect on the Sámi people and the Utsjoki region’s economy. The state has not supported Utsjoki in the crisis,” said Pieski.

As a local council, Utsjoki municipality supports the reform of the Sámi Parliament Act, a decision that pre-dates Mayor Pieski’s tenure, believing that as indigenous people, Sámi “must have the right to self-determination to decide who is a Sámi and can vote in elections to the Sámi Parliament.”

“We are not just an exotic party decoration or tourist attraction. We want to live, develop and maintain the Sámi culture and language,” said Pieski.

“To secure it, a Sámi Parliament made up of Sámi people is needed.”

One Excel spreadsheet was the backbone of God of War Ragnarok 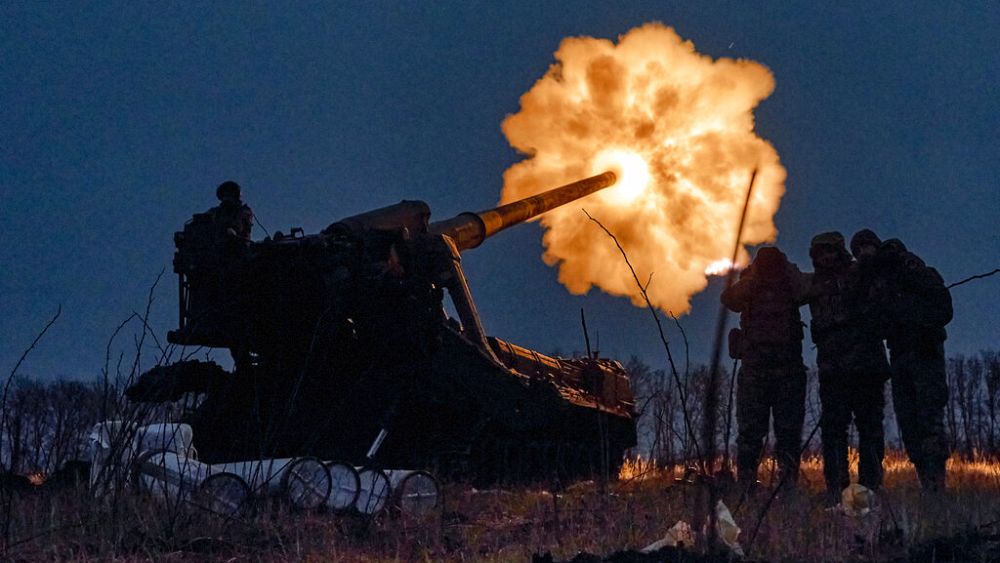 Annual ‘Cement Award’ for the Council of Mallorca’s tourism department 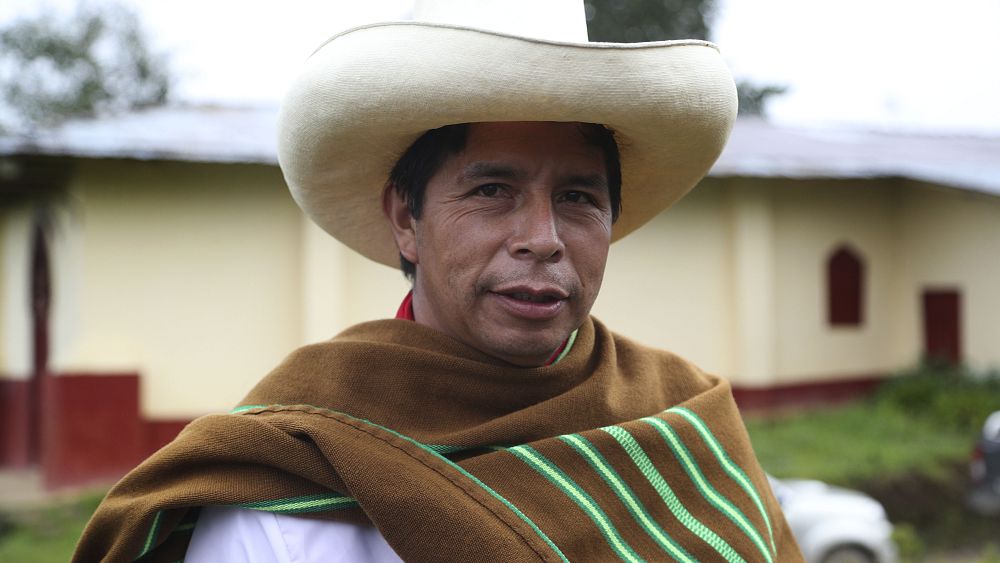