VANCOUVER—It has become strikingly clear that China is displeased at the idea of Vancouver and a Taiwanese municipality forming a “sister-city” partnership.

What’s a little less clear, it turns out, is that such a thing is even in the works.

In an incident that observers say shows just how sensitive Beijing is becoming over the international community’s desire for closer relations to Taiwan, China’s consulate general in Vancouver, which is tasked with diplomatic and other duties, this week released a statement on its website citing reports in English and Chinese media that Vancouver was planning a sister-city relationship with Kaohsiung, Taiwan.

“If the City of Vancouver establishes sister cities, friendship cities, and friendly cities with Taiwan in the form of official authorization, city council approval, or official written exchange, they are all official exchanges with Taiwan, and they all belong to the official exchange mechanism,” reads the statement.

“We are firmly opposed to this.”

The statement, which was only issued in Chinese, says it hopes Vancouver will “prudently” handle the situation.

But Alvin Singh, communications director for Vancouver Mayor Kennedy Stewart, said he hasn’t seen a formal application for a relationship between Vancouver and Kaohsiung.

“There is yet to be an application from a group and I don’t know that there will be one,” Singh said.

He suggested the rumours developed after Stewart attended a Taiwan-community event recently.

A website promoting September’s TAIWANfest in the city also features video greetings from both Stewart and Kaohsiung Mayor Chen Chi-Mai. Chen said he looked forward to “further exchanges and collaboration” with Vancouver.

China’s consulate general did not reply to a request for comment from the Star on Thursday.

Charles Burton, an expert on China relations with the Macdonald-Laurier Institute, said Beijing is watching the international community’s relationship with Taiwan closely, especially as parts of Europe consider deepening ties.

“They’re probably very concerned about this extending to other regions in the world,” Burton said.

“Particularly Canada as, obviously, at the popular level, there’s a lot of discontent with relations with China and increasing desire to no longer respect the PRC’s demands that western governments should shun the democratic government of Taiwan.”

Tension between Taiwan and mainland China has increased in recent months with China flying a number of warplanes toward Taiwan. Western allies have expressed support for Taiwan with increased involvement in the region and other efforts.

Western nations mostly adhere to the one-China policy, which prevents recognizing Taiwan as a separate country as part of diplomatic relations with China. But there is still support shown for the democracy, including recently, when the United States indicated it wanted to deepen ties. Burton also said it’s concerning the consul general put out the communique in Chinese but not English or French.

He said it shows a desire by the Chinese government to “consolidate” the identification of mainland Chinese in Canada with Beijing.

One Chinese organization in Vancouver is calling on the federal government to stand up to the consulate over the comments.

The Chinese-Canadian Human Rights Concern Group’s Victor Ho said the municipal-level issue does not fall under the purview of Beijing and it’s not China’s business.

Ho, whose organization is made up of a number of well-known Chinese community leaders, said he believes the message was only in Chinese because mainland China’s government is trying to manipulate Chinese-language media in Canada.

He wants the department of foreign affairs to stand up to “protect the integrity” of Canada’s municipal governments, fearing cities won’t rebuke the ruling Chinese Communist Party (CCP) attempts to influence them on their own.

“They want to dominate politics with their own realities,” he said. “I think our municipalities have no guts to resist the CCP’s politics.”

Sister-city relationships meant to facilitate cultural and economic exchanges between Canadian municipalities and foreign counterparts are common, and Vancouver has a number of them, including with Guangzhou, China. Winnipeg has long had a sister-city agreement with Taichung in Taiwan.

With files from The Associated Press

Big Chalice find puts forest in crosshairs of a mine 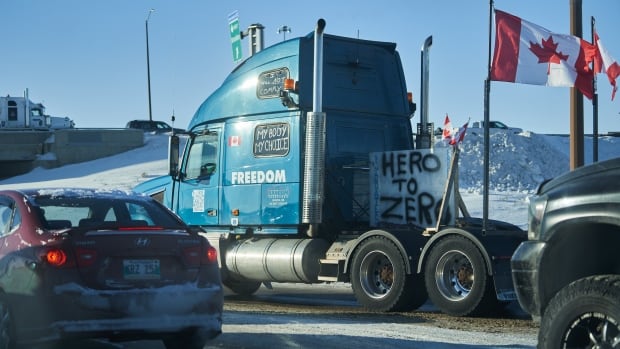