Durham Region’s medical officer of health says the vaccine rollout is ramping up across the region.

In an update to the region’s health and services committee Thursday, April 8, Dr. Robert Kyle says between 3,500 and 4,000 vaccines are being administered daily.

As of April 6, there have been just under 115,000 doses administered in Durham Region.

Kyle notes while there are four vaccines approved for use in Canada, including Pfizer-BioTech, Moderna, AstraZeneca and Janssen, only two are available in Durham Region – Pfizer and Moderna.

He adds that the AstraZeneca vaccine just recently arrived and is available in some pharmacies, and the Janssen vaccine should arrive later this month.

As of March 10, the interval between the first and second dose of the Pfizer and Moderna vaccines has expanded to 16 weeks or 112 days, which Kyle says is to ensure more people can receive the first dose due to the limited supply.

“The aim is to help protect the adult population and contribute to health equity,” he says.

While the region continues to vaccinate those individuals as part of Phase 1 of the province’s vaccination rollout plan, Kyle says the region has recently moved into Phase 2, which includes the vaccination of adults who are 60 or older, as well as older adults, those with health conditions, those living in congregate settings, those in hotspots, and essential workers who can’t work from home.

In Durham, Kyle says Ajax and Pickering were both identified as high priority hotspot communities in December 2020.

“They’ve been impacted significantly by COVID-19,” he says, noting the plan to address the current hotspots include MICs, pharmacies, mobile vaccine popups, workplace facilities with previous outbreaks, and lowering the age eligibility to 50 and older, which Kyle says is expected to happen later today.

Kyle says there are currently 26 pharmacies participating in the AstraZeneca vaccine rollout, which is currently available to anyone 55 and older. Bookings can be made directly with the pharmacies.

The health department is also working with some primary care settings to begin administering the AstraZeneca vaccine, which Kyle says will go live as soon as possible.

“There are quite a number of onboarding challenges that need to be overcome, but we’re working on those and we are confident the primary care channel will be open soon,” he says.

As Durham and the rest of the province are currently in the third wave of the pandemic, Kyle notes this wave is different than previous waves as the case increase peaks are similar to what was experienced in January, however they are now happening faster.

He says there have also been less institutional outbreak-related cases during this third wave.

“That’s a testament, at least in part, to the effective vaccination of long-term care home residents and high priority and other retirement home residents,” says Kyle.

To date, there are 1,372 active cases of COVID-19 in Durham with 175 new cases reported Thursday.

There have also been a total of 309 deaths – 217 of which were those living in long-term care and retirement homes.

In terms of the seven-day rolling average of cases per 100,000 population, Kyle says it’s around 155.

“As a reminder, our threshold to move into the red control zone is 40, so certainly we’re well in grey lockdown mode based on case counts,” he says, noting the number of active current outbreaks is just under 60.

He says there are also 2,470 confirmed or screened cases of COVID-19 variants of concern with a seven-day rolling average of 53.

More troubling he says is the positivity rate, which is about 80 per cent.

“That’s important because that’s what fuelling the resurgence of the third wave,” says Kyle.

There are eight mass immunization clinics in Durham, including the Durham College and Ontario Tech University Campus Ice Centre in Oshawa, which is operated by Lakeridge Health.

“Lakeridge Health has been an invaluable partner with respect to both vaccine distribution and administration operations at the Oshawa site,” says Kyle.

A full list of clinics, as well as the full list of pharmacies booking appointments for the vaccine, can be found at www.durham.ca/covidvaccine. 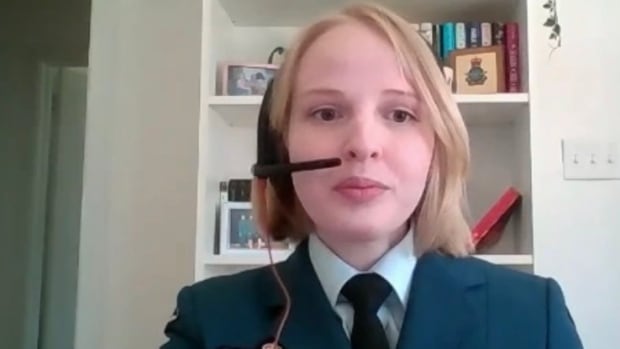 Co-chair of Ontario’s science table on latest restrictions: ‘It wasn’t what we recommended’