The latest coronavirus news from Canada and around the world Wednesday. This file will be updated throughout the day. Web links to longer stories if available.

5:12 a.m. New Zealand reported no new community cases of the coronavirus for a third consecutive day as the latest outbreak in Auckland appears to have been brought under control.

The government placed the nation’s largest city into a weeklong lockdown Sunday after several new community cases were found.

Top lawmakers in the Cabinet are meeting Friday to review the lockdown. Also, health officials announced they had given the first dose of the Pfizer vaccine to more than 9,000 people, including more than half of the 12,000 people who work at the border.

New Zealand currently has a supply of about 200,000 doses. The country has been slower than many to begin its vaccination campaign but is seen as lower risk after eliminating community spread of the virus.

5:05 a.m. Kenya has received just over 1 million doses of a COVID-19 vaccine in the first batch from the global COVAX initiative that was created to ensure that low- and middle-income countries have fair access to vaccines.

Some 1.02 million doses of the AstraZeneca-Oxford vaccine, manufactured by the Serum Institute of India, arrived in Nairobi early Wednesday, according to a joint statement from UNICEF, the World Health Organization, international vaccine alliance GAVI and the Coalition for Epidemic Preparedness Innovations.

Kenyan Health Minister Mutahi Kagwe expressed excitement and optimism that the vaccines would help stop the spread of the coronavirus that has forced the East African country to partially lock down its economy with devastating consequences for many citizens.

“We have been fighting the pandemic with rubber bullets but what we have acquired today is equivalent, metaphorically speaking, to bazookas and machine-guns,” Kagwe said.

The minister said the vaccines will be administered to some 400,000 medical workers and the rest will go to other front-line workers such as teachers and police officers.

5 a.m. A blast smashed windows at a coronavirus testing centre in a small town north of Amsterdam early Wednesday, police said. Nobody was hurt.

Police in the province of North Holland tweeted that “an explosive went off” near the testing centre in Bovenkarspel just before 7 a.m.

Police cordoned off the area, which is 60 kilometres (40 miles) north of Amsterdam, and were investigating the cause of the blast.

In January, rioters torched a coronavirus test facility in the fishing village of Urk on the first night of a 9 p.m.-to-4:30 a.m. nationwide curfew imposed as part of the government’s latest coronavirus lockdown.

Wednesday 4 a.m. The first doses of the Oxford-AstraZeneca COVID-19 vaccine are set to arrive in Canada today as confusion persists over who should get it.

Canada is to receive 500,000 doses of the vaccine, the third approved for use in Canada, from the Serum Institute of India.

But questions about who should receive the Oxford-AstraZeneca vaccine continue amid conflicting guidance about its use.

Health Canada last week authorized its use for all adult Canadians but the National Advisory Committee on Immunization recommended Tuesday that it not be administered to people 65 years of age or older.

The committee says there is limited data from clinical trials about how effective the Oxford-AstraZeneca vaccine is for seniors and recommends that they be given priority for the two other vaccines — Pfizer-BioNTech and Moderna — already green-lighted for use in Canada.

Both Health Canada and the committee stress no safety concerns have arisen in the clinical studies or among the millions of seniors who have received the Oxford-AstraZeneca vaccine in other countries.

Tuesday 10:36 p.m.: The Brazilian variant of coronavirus has emerged in Oregon, the first known such case on the U.S. West Coast, medical authorities said Tuesday.

The sample was sent to the U.S. Centers for Disease Control and Prevention at the end of January by medical officials in Douglas County, Oregon. They said they received the results back on Monday night, showing the P.1 variant.

“The P.1 variant … appears to be related to business travel outside the United States to and from Brazil,” the Douglas County COVID-19 Response Team said in a statement Tuesday.

The variant, which was originally traced to Brazil, appears to be more contagious than the original COVID-19 strain. It can potentially be contracted by someone who was already infected or who has been vaccinated.

There have been 10 other cases of the P.1 variant reported in the United States, with five in Florida, two in Minnesota and one each in Oklahoma, Alaska and Maryland, the CDC says.

Microsoft has created a whole new programming language for low-code

Community hangs red dresses back up after two people are filmed taking them down in Ladysmith, B.C. 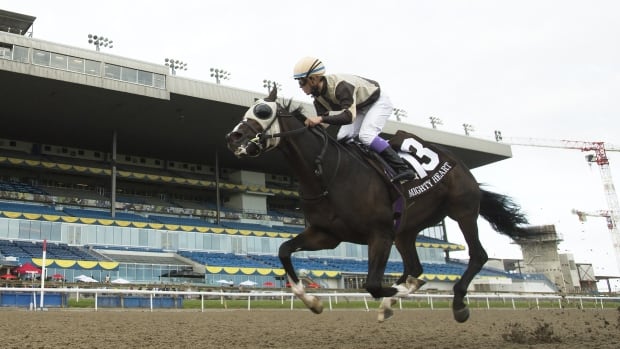