Justice Minister David Lametti repeatedly invoked solicitor-client privilege in his testimony at a public inquiry on Wednesday as he refused to reveal the legal basis for the Liberal government’s decision to invoke the Emergencies Act earlier this year.


That leaves a critical question so far unanswered: What legal advice did the federal government rely on to invoke the act last winter, for the first time since it became law in 1988?


Testifying before the Public Order Emergencies Commission, Lametti confirmed that he raised the idea of using the Emergencies Act only one day after the official start of the “Freedom Convoy” demonstration in on Jan. 29.


The confirmation came after the inquiry was shown text messages between the justice minister and his chief of staff on Jan. 30 in which the former mentioned the Emergencies Act.


Lametti testified he did so because he knew if the government decided the act was needed, there would have to be consultation and discussions about whether the standards had been met — and he wanted the Department of Justice to prepare for the possibility.


“The worst scenario would be something explodes, and we are not ready to use it because we haven’t done the kinds of consultations necessary, or asked the appropriate questions to the appropriate people in order to get it done. So this is me being prudent.”


The inquiry also heard that the justice minister mused early in the crisis about possibly sending in the Canadian Armed Forces, and dismissed former Ottawa police chief Peter Sloly as being “incompetent” in handling the situation.


Yet Lametti, who also serves as Canada’s attorney general, the government’s top legal adviser, would not offer any insight into the process by which Liberal cabinet ministers determined the act was necessary to restore order in the capital and at several border crossings with the U.S.


Even before he began answering questions, government lawyer Andrea Gonsalves told the commission that the Liberal government would not waive its right to solicitor-client privilege, which protects legal advice from being publicly revealed.


During his testimony, Lametti explained solicitor-client privilege “is not mine to waive,” and the decision would instead be up to the governor-in-council.


“I would, in probably virtually all cases, advise that it shouldn’t be waived, simply because it is such an important fundamental principle.”


Commission lawyer Gordon Cameron said Lametti’s inability to detail any of the legal grounds on which the government declared the convoy to be a national emergency puts them and others at the inquiry in a “conundrum.”


“We have throughout, from the beginning of this proceeding through to now, attempted to find a way to lift the veil that has made such a black box of what has turned out to be a central issue,” Cameron said.


“We just regret that it ends up being an absence of transparency on the part of the government in this proceeding.”


The Emergencies Act identifies a public order emergency as a threat to Canada’s security, as defined in the Canadian Security Intelligence Service Act.


That definition includes espionage or sabotage of Canada’s interests, foreign influence, acts of serious violence against people or property with political, religious or ideological objectives, or the violent overthrow of the Canadian government.


While no such threat materialized during the “Freedom Convoy” protests, Canadian Security Intelligence Service director David Vigneault testified on Monday that he told the prime minister he supported the decision to invoke the Emergencies Act.


Vigneault said he was satisfied that a threat to national security had to be interpreted differently in the context of the Emergencies Act after he received advice from the Department of Justice.


For his part, Lametti told the commission that it was ultimately up to cabinet — not CSIS — to decide whether circumstances met the threshold required for the act to be invoked.


“What Parliament did not do with the creation of the Emergencies Act was delegate the decision-making to CSIS,” he said.


He later added: “There are other inputs that can go into the meeting of that definitional standard that CSIS wouldn’t normally use.”


Lametti was the first of three high-profile cabinet ministers expected to appear Wednesday at the Public Order Emergency Commission, which is holding its final days of hearings after more than five weeks of testimony.


“You need to get the police to move,” Lametti wrote. “And the (Canadian Armed Forces) if necessary. Too many people are being seriously adversely impacted by what is an occupation. I am getting out as soon as I can.”


He went on to tell Mendicino that people were looking to them for leadership — “and not stupid people.”


Mendicino responded: “How many tanks are you asking for?” Lametti replied, “I reckon one will do.”


Lametti later told the inquiry that the message was a joke, and that the military was never considered a real option during the protests.


Testifying later Wednesday, National Defence Minister Anita Anand noted that Lametti had told the commission his reference to the military was not serious.


She underscored, however, it’s not the role of the Armed Forces to get involved in protests because bringing them in only risks further escalation.


“Our country’s soldiers are not police officers.”


Anand and Transport Minister Omar Alghabra, who rounded out the day’s testimony, both said they supported the use of the Emergencies Act.


A few days before its invocation, Alghabra said he spoke with U.S. Transportation Secretary Pete Buttigieg about the blockade of the Ambassador Bridge in Windsor, Ont., which the minister said handles some $400 million in trade every day.


“We are running out of patience,” Alghabra said in the call, according to a government document. “If things aren’t addressed in the very near term, we as the federal government will step in.”


Alghabra said his intention was to give Buttigieg “a sense of confidence that this is a priority for us.”


The inquiry has heard of other entreaties from U.S. officials at around that time, and the federal government cited threats to the economy as part of its justification to invoke the act.


The commission’s six weeks of hearings are expected to conclude with Prime Minister Justin Trudeau’s testimony on Friday, with a final report due early next year. 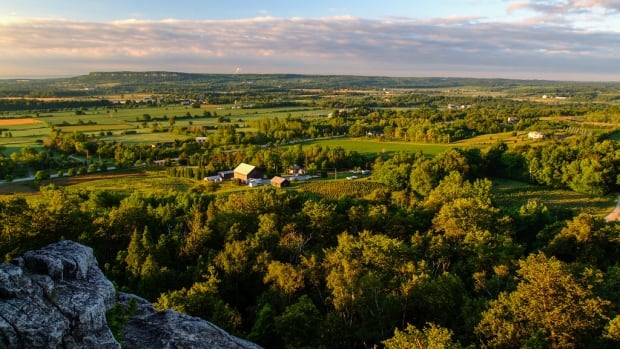 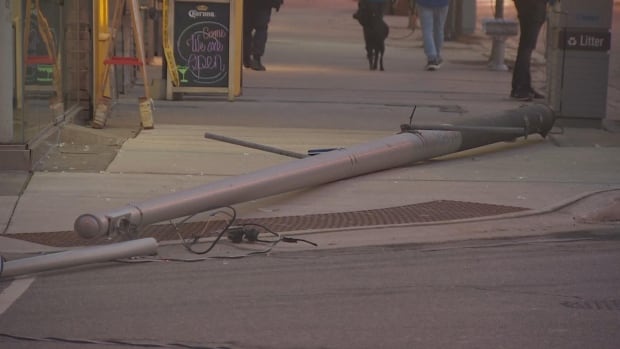 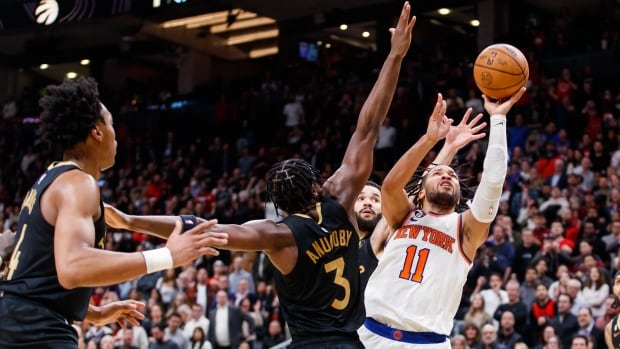