After more than a year of cancelled plans and delayed trips, COVID-weary travellers and those in the tourism industry have been thrown for yet another loop after the federal government implemented new travel rules this week designed to keep a lid on the spread of the omicron coronavirus variant.

On Monday, Ottawa announced new rules requiring incoming air travellers from all countries except the United States to be tested for COVID-19 upon arrival, regardless of whether they’re vaccinated or not. And they’ll also have to quarantine until their test results come back negative.

Those new rules are in addition to existing stipulations that anyone coming to Canada must take and pass a COVID test within 72 hours of departure.

It’s bad news for an industry that can scarcely afford it.

“It’s one more hit to an industry that has been … significantly hit by the pandemic,” said Statia Elliot, director of the School of Hospitality Food and Tourism Management at Guelph University.

She says that after policy makers were accused of being too slow to implement stricter travel and testing protocols in the early days of the pandemic, they are overcompensating by doing the opposite now and moving swiftly.

A look at the numbers shows how stark the impact of COVID-19 has been on travel. In October of 2019, before the pandemic, more than a quarter of a million people landed in Vancouver’s airport from countries that were not the U.S.

A year later, in the depths of COVID-19, that figure shrank by more than 90 per cent to less than 17,000. This year, that figure had rebounded somewhat, to just shy of 70,000 people. And as of now, every single one of them will be subject to the new testing and quarantine regime.

The Association of Canadian Travel Agencies (ACTA), which represents the industry in Canada, says the new rules are wrongheaded and based on politics, not epidemiology.

“The federal government’s recent announcement of molecular testing for all inbound travellers except those arriving from the United States is a concerning policy that impacts travel demand just before the holiday season,” ACTA president Wendy Paradis said.

“As the federal government prepares its formal order, we are meeting with politicians and government decision-makers and imploring them to act on the best available science rather than political pressure.”

It’s too early to tell exactly what impact the new rules will have, but headed into the key holiday travel season, it won’t be a positive one.

“Every time there’s an additional step, like a test at the airport, [people] will think twice before they travel because of the hassle and because of the cost,” Elliot said.

“I was worried they were going to cut off all flights,” Boar said. “I’m just happy to be back home in case things go south.”

So far, the new rules don’t apply to those travelling between Canada and the U.S., but there are signs that could change.

According to reports in Washington, the Biden administration could move as early as Thursday to bring in COVID-19 testing and quarantine requirements for air travellers, two moves the U.S. has been reluctant to implement so far at almost any stage of the pandemic

That would affect Canadians headed south, and Canada’s transportation minister hinted on Wednesday that those arriving here from the U.S. may soon be subject to more stringent rules, too.

Transport minister says discussions about new restrictions for travellers from the U.S. are ongoing

“We are having discussions,” Omar Alghabra said. “We need to be prepared and ready if we need to adjust that decision to include travellers from the U.S. [but] we haven’t made that decision yet.”

If that happens, all bets are off for the industry, as travel between the U.S. and Canada had only just started to return to normalcy, Elliot said.

“Just last week sentiments of … feeling safe to travel were actually on a little bit of an upswing [and] we were at really a better point than we’d been in a long time,” she said.

“Now with this latest variant, it’s just a hit sliding us backwards.”

While yet another round of restrictions and hassle are another bitter pill to swallow for anyone who’s delayed travel for more than a year already, business professor Frederic Dimanche said things could always be worse.

“It’s a measure that I think is better for sure than losing the border,” the director of the Ted Rogers School of Hospitality and Tourism Management at Ryerson University told CBC News in an interview.

“The whole point of all this is about making sure that people feel safer when they’re travelling again.”

Back in Vancouver, Boar says she takes as many precautions as she can, including being fully vaccinated, in the hopes of being able to travel again soon. But those plans, like everything else, are now up in the air.

Elliot says that mentality is common — and very concerning for an industry that’s already been hit particularly hard by the pandemic.

“What’s hardest for the industry right now is just the fatigue,” she said. “Every time something like this happens, I think it just shapes the psyche of every traveller.”

Lung cancer warning: The 'surprising' symptom of lung cancer on your hands 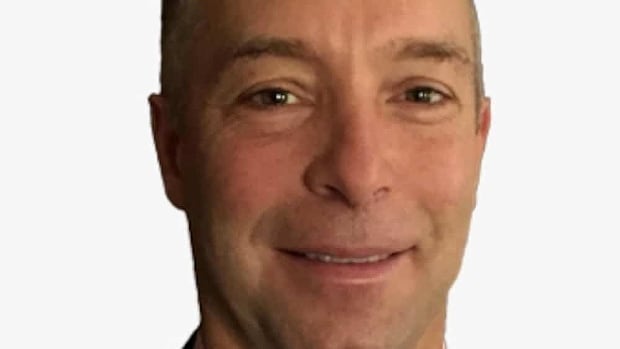