The chief of Sipekne’katik First Nation has been arrested by federal fisheries officers on the day the band’s treaty fishery launched its season in southwest Nova Scotia.

The Department of Fisheries and Oceans (DFO) and Coast Guard crews also removed the band’s lobster traps shortly after they were placed in St. Mary’s Bay.

DFO Minister Bernadette Jordan has, in the past, called it an unauthorized fishery and said DFO would enforce the law. She didn’t respond to interview requests Monday.

Sack told the CBC he was in Saulnierville for the launch of the fishery, and was headed toward Digby for lunch when fisheries officers in an unmarked black truck pulled him over and told him he was being arrested “for promoting an illegal fishery.”

“I did ask, like, ‘Why would you arrest me? I haven’t done anything here,’ ” he said. “It just seems to be all scare tactics for the fisheries, to try to stop what we have going on.”

Sack said he was not served any papers and was not released with any conditions, so he will return to the wharf in Saulnierville to support the band’s right to fish.

“It’s not about me or being arrested. It’s more so about bringing our community out of poverty and establishing our own fishery. And we’re going to make that happen regardless of how we get there. But we’ll get there for sure,” he said.

Licences were issued to 13 boats, and Sack said he believed most of those boats took to the water Monday.

The treaty fishery, which started in 2020, is self-regulated by Sipekne’katik First Nation and has not been endorsed by DFO, the federal body that regulates most fisheries in Canada.

In a series of tweets early Monday afternoon, DFO said its fisheries officers were on the water in St. Mary’s Bay conducting inspections and enforcing the Fisheries Act. It warned that improperly or untagged traps would be hauled out and seized.

C&amp;P UPDATE: Fishery officers are on the water and at wharves providing education, conducting inspections and enforcing the Fisheries Act, as circumstances warrant, in St. Mary’s Bay <a href=”https://twitter.com/hashtag/NS?src=hash&amp;ref_src=twsrc%5Etfw”>#NS</a>.

Band members had been fishing under food, social and ceremonial (FSC) licences — a fishery that is regulated by DFO and has no defined season. But FSC licences do not permit the licence holder to sell their catch.

On Friday, the band said its community members would return their FSC tags, use treaty fishery tags and plan to sell their lobster.

The treaty fishery will operate under the Sipekne’katik fisheries management plan, which is based on “sound conservation measures,” according to the band.

‘I have more tenacity than the DFO’

The day had started on an optimistic note for the Mi’kmaw fishers as boats hit the water in Saulnierville for the first day of this year’s Mi’kmaw treaty fishery.

“I want to get out there and I want to start fishing again,” said Levi Francis as he was placing new tags on his traps early Monday.

Francis said he planned to drop some of his “junkiest” traps Monday because he was expecting them to be removed by DFO officials.

He later told CBC News that DFO officers had indeed followed him in several boats as he laid his traps and then a Coast Guard vessel pulled up and its crew pulled his traps out of the water.

He called the move heartbreaking and said he’d return.

“I have more tenacity than the DFO. They get paid by the hour, but I don’t get paid until I go out fishing. I just want to support me and my crew — that’s all,” Francis said.

“People think we’re trying to make a million dollars, that we’re going to clear out the bay. We’re not. I want to come back next year and fish again.”

Last fall, a dispute arose as Mi’kmaw fishers in Nova Scotia began what they called a “moderate livelihood fishery,” fishing when and where they want, including outside the federally regulated commercial fishing season.

The fishers argued that a 1999 Supreme Court decision affirmed their treaty right to fish for a moderate livelihood.

Some non-Indigenous fishers disputed the fishery, violence erupted and a lobster pound was torched.

The Sipekne’katik Fisheries Department said Friday it is no longer using the term “moderate livelihood fishery,” because many in the community view it as a phrase coined by Ottawa in the court decision. 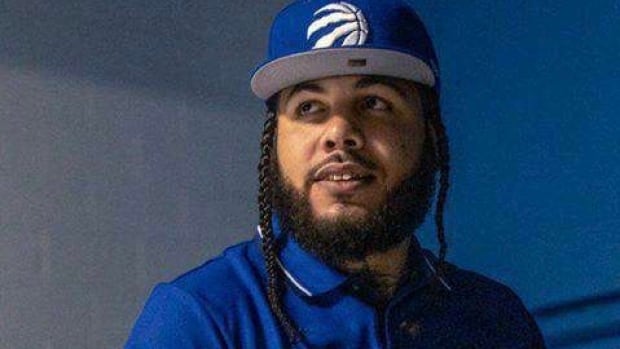