Even after breaking several barriers to become known as Canada’s first lady of jazz, Eleanor Collins says it’s still “surreal” to see herself featured on a stamp.

“My picture on a postage stamp? Can you repeat that?” the 102-year-old asked jokingly. “You know, it’s just so surreal.”

The commemorative stamp of the singer was unveiled virtually on Friday morning by Canada Post.

Collins was celebrated by former colleagues and artists who have been influenced by her work, including Nalda Callender of the National Congress of Black Women Foundation, filmmaker Sylvia Hamilton, and musicians Sharman King, Marcus Mosely and Wendy Solloway.

The stamp features a close-up of Collins’s face as illustrated by David Belliveau, based on a photograph by Franz Lindner — a former co-worker and friend of the singer from her days working at CBC.

She wears a white collared blouse, and her ears are adorned with matching gemstones as she gazes off to her left. A smaller silhouette to the side of the image shows her at the microphone, head tilted back in mid-song.

Collins says she was impressed by how Belliveau was able to capture her essence just by looking at the photograph.

“It just took my breath away. It was so stunning, so striking,” she said.

Born in Edmonton but now living in British Columbia, Collins began performing in the 1930s on television and radio shows across the country. She’s worked with a range of famous musicians, including Dizzy Gillespie and Montreal-born jazz pianist Oscar Peterson.

In 1954, Collins became part of the first interracial cast on Canadian television when she joined CBC’s television program Bamboula: A Day in the West Indies. A year later, she starred in The Eleanor Show, which made her the first woman and first Black artist to headline their own national television series.

WATCH | The opening act from the first episode of The Eleanor Show in 1955:

The Eleanor Show makes its debut

Looking back on her career, Collins says music helped bring the Black community together and provided comfort during what were troubling times.

“I see for my people, it was a … safe place to live, a safe place to be together because the harsh world outside there do not approve of us,” she said.

Collins says her goal was never to win awards or honours but just to be someone others could look up to.

That’s her message now to other Canadians.

“Bring your very best, every day of your life,” she said. “Let history tell you what it was they thought they saw.”

On her 95th birthday in 2014, Collins was invested into the Order of Canada for being “a civic leader and pioneer in the development of British Columbia’s music industry.”

To hear a full interview and music from Eleanor Collins, listen to Hot Air with Margaret Gallagher on Saturday, Jan 22. 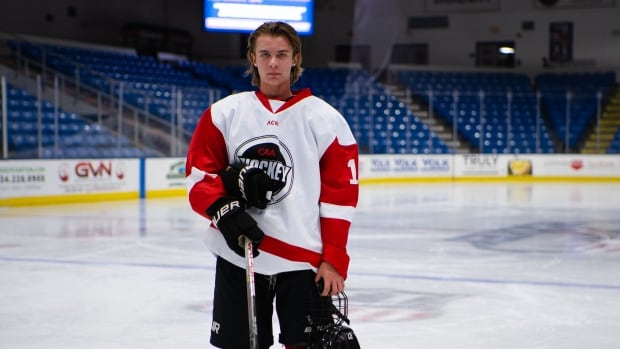