EDMONTON — About an hour after Premier Danielle Smith introduced her first bill in the Alberta legislature, her predecessor, Jason Kenney, announced his resignation as a member of the very house she’d just stood in.

“I am proud to have led a government that delivered on 95 per cent of its election commitments to Albertans,” wrote Kenney on Tuesday of his resignation as the MLA for Calgary Lougheed.

“However, a different government is in place, and the next election will occur in a few months. So after a great deal of reflection and consultation, I have concluded that now is the best time for me to step aside as MLA.”

Kenney, never one to shy away from some political analysis, added that he was “concerned that our democratic life is veering away from ordinary prudential debate towards a polarization that undermines our bedrock institutions and principles.

“From the far-left we see efforts to cancel our history, delegitimize our historically grounded institutions and customs, and divide society dangerously along identity lines,” he wrote.

“And from the far-right we see a vengeful anger and toxic cynicism which often seeks to tear things down, rather than build up and improve our imperfect institutions.”

His resignation caps off a decades long political career for the former Alberta premier who was drummed out of office by a roiled party membership divided over his handling of the COVID-19 pandemic.

Kenney’s career took him from being a Reform MP in his 20s to being minister of national defence in Ottawa under Stephen Harper’s government.

Afterward, he returned to Alberta where he campaigned to unite two warring right-wing political factions in the Wildrose and Progressive Conservative parties.

So the United Conservative Party was born in 2017 and two years later, it won a provincial election with an overwhelming majority, wresting power from the Alberta NDP.

Tumbling oil prices and the pandemic followed. Kenney couldn’t please the faction of his party opposed to public health measures, nor could he seem to please some of those who believed he hadn’t acted quickly enough to stem the tide of the coronavirus.

Kenney announced his resignation as party leader after narrowly winning a UCP leadership review, and a leadership race began.

He didn’t hold back on his thoughts about Smith, who won the race in October, calling her Alberta Sovereignty Act idea “nuts” and one that would cause the province to be a “laughingstock.”

That very bill — now called the Alberta Sovereignty within a United Canada Act — was introduced by Smith on Tuesday.

“In the future, I hope to continue contributing to our democratic life by sharing some of what I have learned on a range of issues, including immigration, national security, Indigenous economic development, the state of the federation, economic growth, energy, and much more,” said Kenney in his statement.

“But for now, I close with this reflection. Whatever our flaws or imperfections, Canada — and I believe Alberta — are in many ways the envy of the world.”

Cramer's lightning round: I like Morgan Stanley over SoFi Technologies 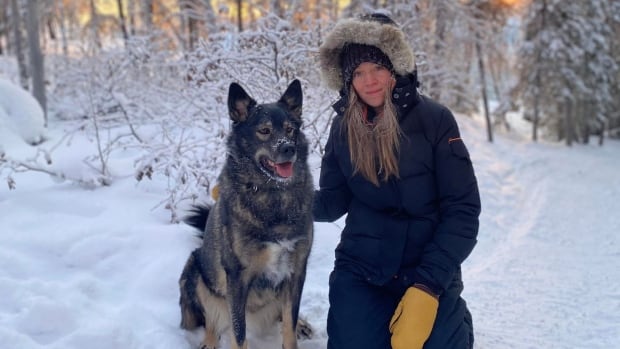