As It Happens6:44It’s time to bring back mask mandates in Ontario, says ER doctor

The Toronto emergency room physician is calling on the province to bring back mask mandates until the wave of respiratory viruses impacting children subsides.

The province is quickly running out of critical care beds for babies and children with severe flus, COVID-19 or respiratory syncytial virus (RSV) — an illness that’s surging in many parts of Canada.

A similar story is playing out across several provinces, coinciding with a nationwide shortage of children’s pain and fever medication.

But Pirzada says recommendations are not enough. Here is part of his conversation with As It Happens host Nil Köksal.

In Ontario, Dr. Kieran Moore is saying today that he “strongly recommends masking.” Why do you think he stopped short of mandates?

I think the issue has become, unfortunately, polarizing. But, really, that’s irrelevant considering the extent of the crisis we face.

We don’t have any critical care beds for children right now in this province. All of the pediatric hospital beds are full as well.

Almost every child right now who gets a cold will be OK. But if you catch a virus and have a severe outcome, the pediatric hospital support system may not be there for these children if it keeps going on like this.

So I don’t think this will be enough to address the crisis. We need something a bit stronger.

In the emergency departments that you’re working in, can you take us inside them and [tell us] what it’s like there right now?

There’s a huge surge of people, a lot of people coming in with cough and cold. I’m sure your listeners can identify with that. Everyone’s probably gotten something lately.

But now our shifts are punctuated with, you know, the triage nurses coming up to us and saying, “Can you come take a look at this kid?”

And it’s usually like a young baby or a young child struggling to breathe that you have to immediately clear a bed for, put on oxygen and … get specialists and respiratory technicians involved to help support.

What is it like to see that as a physician?

It’s happened before. We’ve always dealt with these kinds of illnesses. These viruses can be pretty brutal. And COVID is just one of a few viruses, including RSV and flu, that cause this.

But [that it’s] happening so often and happening in large numbers now is heartbreaking. I’ve never seen a case where we’ve had multiple children in our resuscitation bays at the same time [before now.]

Have you had to tell a parent that there isn’t a bed, an ICU bed, available for their child?

What happens is that … bumps all kinds of other patients, especially adults, down the queue to get a bed.

So if people are listening and … you don’t have children [and] you don’t think this is going to affect you — it will.

WATCH | Calls to bring back mask mandates in Canada:

Some are calling on governments to reimpose mask mandates to slow the spread of respiratory illnesses and reduce the pressure on children’s hospitals, which are seeing an influx of RSV, the flu and COVID all at once, leading to longer wait times and some cancelled surgeries.

How would masking — mandatory masking — help ease the pressure on the ICU and the ERs that you’re telling us about?

We have good evidence throughout the pandemic that masks can slow down the spread of these pathogens. There was a good study that came out of Boston schools last week showing that masking was effective in reducing spread of illnesses in schools.

And that’s, I think, the prime driver. Like, if Dr. Moore wanted to be more targeted about this approach, you could have brought masks just in schools rather than a broad mask mandate in other areas. Or critical areas, too, like transit or grocery stores.

Are you getting any sense that that step might come?

I think they’ll have to, because already you’re seeing — and these are just, you know, reports from parents — that huge sections of people’s classes are staying home sick. People are stuck in the cycle of recurrent infections over and over again.

Parents would be wise to even start putting masks on their kids now to sort of break the cycle in their own homes, to stop all these viruses from coming through.

SickKids Hospital in Toronto, as you know, has had to cancel some surgeries. That’s certainly a big step. If you keep getting the kind of unprecedented, as you’ve said, influx of young children under these circumstances into hospitals, and it keeps going at this rate, what’s at stake?

A lot of these surgeries that are being cancelled are for ultra-specialized things that only happen at these children’s hospitals. And many, many kids are waiting months for these things. So it’s a big blow when you have to cancel this.

The surge of cases that we’re seeing has never happened before in October and November like it is now. It’s beyond any previous wave that we’ve ever seen.

And the reasons are mysterious. We don’t really know. But it’ll take time to figure out.

I know you said you don’t know precisely, but what do you think could be contributing to … what you’re seeing?

There’s two predominant theories. One is that our children weren’t exposed to all the various bugs out there over the last two years during the lockdowns and that their immune systems are naive. It doesn’t make as much sense because the worst-hit kids are the ones under 12 months, who never were exposed to a lockdown. And there was a pretty robust RSV virus season last year.

The second theory is that perhaps widespread COVID-19 infections have somehow messed up immune systems in our children. And that will also need investigating as well.

So we don’t exactly know the cause. It’s going to take a long time to figure this out. But the need to do something is right in front of us right now.

You mentioned the polarization, the politicization. There’s been deep backlash against mandates — mask mandates, in particular — in this country. So what would you say to those … who do not want the government to intervene in any way?

Critics of masks argue that these are mandates that are creeping government intrusion on life. But they were withdrawn, and we had a pretty good run of a few months — six months without widespread mandates — where life went on.

I think it’s proof that when a crisis happens, a good strategy is to bring something like this back, and then we can withdraw it again when the crisis disappears.

We need to get back into the mode of thinking of practical measures. I can’t think of a more practical thing than not getting sick every two weeks, like most of us have been in the last couple of months.

Even that would be a good relief right now for a lot of people who can’t find Tylenol, Advil or and or any antibiotics right now. So there’s many different reasons to do something right now.

I think it’s a practical thing. It’s not an intrusion on freedom. 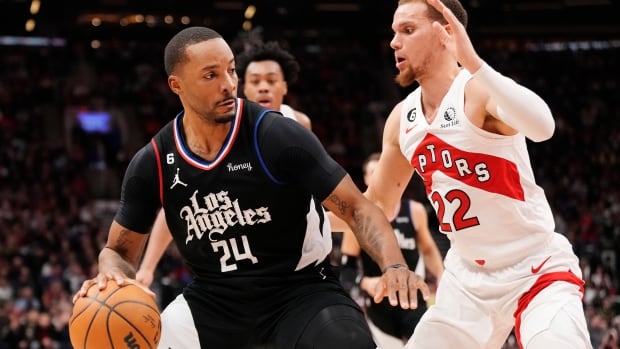 B.C. bus crash probe to look at earlier incident too, amid questions over icy road