The man in charge of running Newfoundland and Labrador’s election is asking for it to be delayed as a spike in COVID-19 cases has caused election staff shortages and created “a serious occupational health and safety issue” just two days before voting day.

Bruce Chaulk, Elections NL’s chief electoral officer, detailed the gravity of the situation that lies ahead Saturday, and the unprecedented territory before him, in a letter to provincial party leaders released Thursday morning.

“The current significant outbreak has had a profound impact on our ability to conduct a fair election, and immediate action is required to be taken,” he wrote.

While Chaulk has told CBC News he has some power to be able to postpone an election, in the letter, he wrote of his limited ability to do so under legislation. In the letter, he called for Chief Medical Officer of Health Dr. Janice Fitzgerald to use her “significant and clear powers” to act.

“To conduct a fair election she must exercise those powers to delay the election,” he said in the letter.

The pandemic landscape in the province has shifted rapidly in recent days, going from a few scattered cases of COVID-19 to confirmed community transmission in the St. John’s area and Wednesday’s milestone of the largest single-day confirmed case total of 53.

The soaring caseload has resulted in mass staffing shortages at Elections NL, with dozens of people — many of them elderly — set to work the polls on Saturday dropping out or others placed into self-isolation and unable to work. One of Chaulk’s own senior staff is now in isolation.

“Right now, we are down to, I would say, about 60 per cent of the workers that we need,” said Judy Lockyer-Shields, the returning officer for Conception Bay East-Bell Island. “We had a full slate of workers on Monday morning.”

A worker at a polling station in that district for the Feb. 6 advance poll tested positive for the virus earlier this week.

Lockyer-Shields oversees 12 polling stations and said as of Wednesday night, she didn’t have enough people to operate more than two of them for Saturday’s election.

She lost about 90 per cent of her sanitizing staff, who she said were mainly students affected by the virus. She’s also lost faith in the ability to be able to hold the vote safely.

“It’s just impossible to do a safe election when you don’t have the proper staff to pull it off,” Lockyer-Shields said.

Chaulk said he’s had returning officers tell him of dozens of other resignations, with staff combing through lists of up to 250 additional names to see if anyone could fill in, only for those people to also decline.

In his letter, Chaulk cited one election worker who wrote to him and said they had 51 resignations and three people in isolation. His email ended in a plea, Chaulk said: “I need help.”

With less than 48 hours before polls are set to open, the time constraints of training new staff — should anyone offer — also becomes a complicating factor. Lockyer-Shields said to get the 24 new poll clerks and district returning officers she requires would take two separate four-hour training sessions. Newfoundland and Labrador’s chief electoral officer, Bruce Chaulk, says he is weighing whether a safe election can be run in all districts of the province after the spike in COVID-19 cases. Lack of staff to help run the poll will be a key factor in the decision. 13:38

Liberal Leader Andrew Furey released a statement following Chaulk’s letter that did not outline any position on postponing.

“I look forward to Elections NL and public health working together to explore all options for a safe and proper path forward,” the statement read in part.

As premier, Furey was bound by legislation to call an election before August and did so on Jan. 15. In recent days, he has appeared at daily pandemic media briefings and maintained that as a politician, he has no say in delaying any voting, and to do so would be to interfere in a democratic process.

He said any decision rests on Chaulk’s shoulders as an independent officer.

“I’m not passing the buck. This is the law,” he told the St. John’s Morning Show Thursday.

Prior to the letter’s release, Chaulk told CBC he and staff have been following public health guidelines up to this point to put on a pandemic election, but if they cannot follow safety procedures and don’t have enough staff, there could be district-by-district decisions to delay.

“It may come down to a point that we have to look at it and say, I don’t have enough workers to safely conduct the election in that particular district,” Chaulk told CBC Radio’s St. John’s Morning Show on Thursday.

Chaulk said he would be speaking to Fitzgerald’s team Thursday, and any postponement could be announced Thursday or Friday.

With all the new cases — as of Wednesday — clustered in the St. John’s metro area, he said there are districts outside the northeast Avalon that could continue as planned Saturday. Those ballots, however, would not be counted until all polls in the province have concluded.

Chaulk said his inbox is full of complaints from electorates. Some people have voiced their concerns about the drive-thru poll option floated Wednesday, which could give isolating voters a chance to cast their ballot, as leaving out people who do not have access to cars.

“I don’t have an alternative for them,” Chaulk said, pointing to other situations in past elections where voters haven’t been able to make it to the polls on election day, be it because of medical emergencies or a broken-down ferry.

Fitzgerald herself cast doubt on the drive-thru option, saying isolating voters may not leave their properties and, as of Wednesday’s briefing, she hadn’t seen that plan. The entire drive-thru point may be moot, as Chaulk said Elections NL hasn’t been able to find anyone willing to work that poll anyway.

“I may not be able to do that one even if I tried,” Chaulk said.

Armengol stresses need for slow and cautious relaxation of restrictions

Is Your Midsize Company Designed for a Post-Pandemic Future? 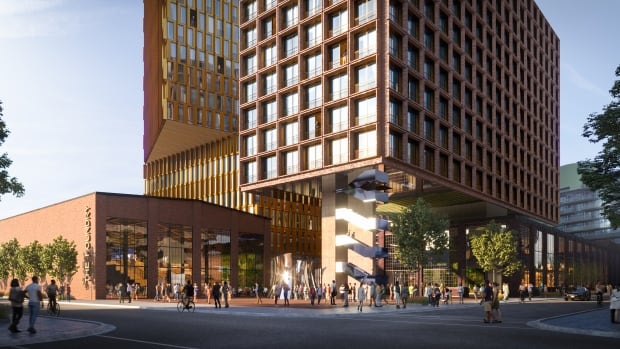 Community group to province: Why demolish historic Toronto foundry site when it could look like this? | CBC News