OTTAWA —
From child care, to extended pandemic aid programs and a new hiring incentive, Deputy Prime Minister and Finance Minister Chrystia Freeland’s 2021 budget is set to outline billions of dollars in new spending for measures aimed at getting the country through the rest of the pandemic while beginning rebuilding the economy, CTV News has learned.

Monday,when Deputy Prime Minister and Finance Minister Chrystia Freeland tables the 2021 federal budget, Canadians will be provided a full picture on the state of the country’s finances.

The long-anticipated budget coming more than a year into the ongoing COVID-19 pandemic, is set to outline how the Liberals intend to build back the economy from the pandemic-prompted recession.

“The economy will bounce back and is bouncing back, but not everyone is benefiting from it, including women, younger Canadians, racialized Canadians, and workers with a lower wage,” said Treasury Board President Jean-Yves Duclos on Sunday’s episode of CTV’s Question Period, recognizing some of the hardest hit demographics the government will be looking to help.

The government will also be responding to the ongoing need for more immediate spending to address the third wave of COVID-19 that’s hitting hard, through the extension of key subsidy programs.

With variants of concern spreading and COVID-19 case counts on the rise once again in Canada, CTV News has confirmed what’s first been reported by other news outlets: That the key spending document will include a three-month extension of the federal wage and rent subsidies. Set to expire in June, the supports will now be available through September, at a cost of approximately $12 billion.

With all interested Canadians not expected to be fully vaccinated until September, other pandemic supports may be carried through as well.

The government is also set to unveil a new “Canada Recovery Hiring Program” that will offer up to $1,100 for the first month they have a new hire on staff.

$2B FOR CHILD CARE

Monday’s budget is expected to further outline how the government intends to spend upto $100 billion between 2021 and 2024 on stimulating the economy.

First promised in the fall fiscal snapshot, among the measures the government is set to introduce to help encourage economic growth will be a national child care plan.

It’s expected the nation-wide child care program will be a key component of Monday’s budget, with an emphasis on creating new spaces at an accessible price point.

The source told CTV News that Monday’s spending allocation for child care will be more than $2 billion, with strings attached, and modelled after Quebec’s system, with an aim to put it in action within the next 12 to 18 months.

A longstanding Liberal promise dating back decades, in their pre-budget report MPs suggested the commitment in 2021 should be for at least $2 billion and address the early childhood educator labour shortage and funding to quickly increase access to and the affordability of child care spaces.

Other economic stimulus is expected to include a focus on climate and green infrastructure initiatives such as the Strategic Innovation Fund open to multiple sectors, and it’s possible new details will come onhard-hit industry-specific support, and other efforts to improve access to housing and the job market for out-of-work Canadians.

And as Reuters first reported, the government is poised to act on pre-signalled plans to bring in new revenue streams through new taxes on web giants and a luxury tax on big-ticket items like luxury cars, boats, and planes.

The 2021 federal budget will be the first the government has issued since 2019, after the Liberals called off the March 2020 budget as outbreaks began to worsen nationwide in the early days of the pandemic. In the last budget, which was presented on March 19, 2019, the federal deficit was estimated to be $19.7 billion in the 2020-21 fiscal year.

More than two years later, after spending at historic levels and reporting dire unemployment figures, other countries are starting to rebound and Monday’s budget is set to outline how the federal government intends to aid the Canadian economy rebuild.

As of the 2020 fall economic update released in November, the deficit was projected to be at least $381.6 billion in 2020-21, but was set to close in on $400 billion if Canada experienced a third pandemic resurgence with escalated restrictions, which is presently the reality in several provinces. Last month, the Parliamentary Budget Officer pegged the updated deficit at $363.4 billion.

Factoring in new spending,the source said that the currentdeficit will still be lower than $400 billion in Monday’s budget.

“Canada entered this global pandemic in a strong fiscal position, which allows our government to provide unprecedented support to Canadians. We will continue to do whatever it takes to support Canadians and Canadian businesses, and we have a plan for jobs, and robust growth,” Freeland said when she announced the budget date last month.

With the deficit at a historic high, the prospect of balancing the books is likely to stay on ice for years to come, but economists and other financial insiders have been calling for the Liberals to outline what the path towards more fiscal restraint will look like.

“We need an anchor that shows that the government is serious and understands that this is not all about the spending side of a ledger, there’s also a capital side of the ledger that we need to ensure that we address,” said Business Council of Canada President and CEO Goldy Hyder on Sunday’s episode of CTV’s Question Period. “That’s how you manage the inflation… If you’re growing it, we can afford the programs that are being created, but you can’t have rising interest costs to service your debt and not expect cuts to programs and cuts to services and making life unaffordable for Canadians.”

The coming budget is also being viewed as a key political document, as the Liberal minority government will require opposition backing to see the budget bill pass, and opposition parties have made clear their expectations. Traditionally viewed as a matter of confidence, if the Liberals aren’t able to secure support from another major party, the government could fall within weeks, prompting a snap election.

While this is not expected to happen given the NDP signalling they’ll prop up the government so long as the pandemic is raging, it’s still possible this will be the last federal budget before the next election, so it wouldn’t be that surprising to see the Liberals include new ballot-boosting promises they think will be sellable to Canadians.

In the latest episode of CTV News’ podcast Trend Line, Nanos Research’s Nik Nanos said that with polling showing the Liberals approximately 10 points ahead of the Conservatives, “it’s like they’re a majority government,” and aren’t necessarily as afraid of an election should they lose the key confidence vote coming out of the budget.

“The Liberals are probably going to have what I would call a very progressively muscular budget,” he said.

Freeland is slated to rise in the House of Commons around 4 p.m. EDT to table the budget and deliver her first budget day speech as finance minister. She’ll be followed by opposition parties who will have an opportunity to respond to the roadmap to recovery the government presents.

With a file from CTV News’ Sarah Turnbull.

Inheritance tax: Will & lasting power of attorney usage drops - act before 'it's too late' 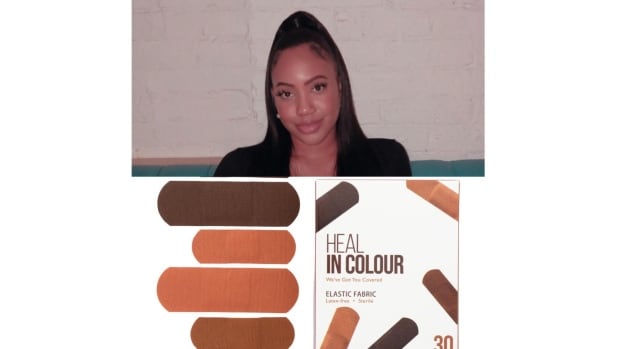 Canada may find it challenging to reach herd immunity from COVID-19, experts say 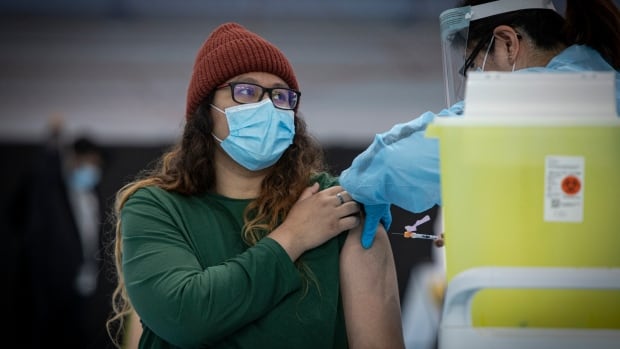 Vaccine etiquette: What’s safe to ask others and what’s off the table | CBC News