NIPAWIN, Sask. – A Saskatchewan judge has upheld the province’s public health orders that required restaurants to track patrons during the height of the COVID-19 pandemic, saying it did not violate the charter rights of people going to get food at a restaurant linked to a significant outbreak.

Shorebird Investment Ltd, which operates a hotel and restaurant in Tobin Lake, Sask., filed the legal challenge after it was charged for not following health orders in March 2021.

Judge Steven Schiefner said that the public health orders did not impede on diners’ constitutional rights and found Shorebird guilty.

In a written decision Tuesday, Schiefner said that keeping a list of diners was not a significant infringement of the right to privacy and was reasonable considering the state of the pandemic at the time.

“Without accurate and immediate access to contact information by public health officials in the event of a viral outbreak at a restaurant, the health and well-being of many people can be put at risk — not just the lives of the diners potentially affected, but also the members of their household and local community,” the decision said.

The public health orders at that time required restaurants to collect the first and last names of all dine-in patrons, as well as a phone number or email.

Court heard that in March 2021 vaccinations were not readily accessible and most people in Saskatchewan were vulnerable to getting and transmitting COVID-19.

The decision said Shorebird owner Bryan Baraniski was warned by officials multiple times about the rules. However, the restaurant only had a volunteer and incomplete sign-in sheet and a notice posted at the front of the business.

Public health records indicated that on March 10, 2021, a community outbreak occurred at the Shorebird Inn. Staff and patrons were affected, the decision said.

Baraniski was among those infected. He was hospitalized for 29 days and spent most of the time in the intensive-care unit on an oxygen machine, the decision said.

But after the outbreak was linked to the establishment, public health officials trying to contact trace infections found the lists kept by the restaurant were inaccurate and incomplete.

The Saskatchewan Health Authority issued a COVID-19 warning for the restaurant and the business was fined $14,000.

Schiefner said the outbreak demonstrates the need for public health officials to have timely access to reliable contact information, particularly so in a restaurant setting where there’s a lot of people from different households.

“Baraniski’s own personal experience and the outbreak that occurred at the Shorebird Inn graphically illustrates the serious public health risk presented by COVID-19.”

The public health order requiring a dine-in list was removed in July 2021.

This report by The Canadian Press was first published Nov. 25, 2022.

— By Kelly Geraldine Malone in Saskatoon The most expensive destinations in Canada to spend New Year’s Eve, according to one survey 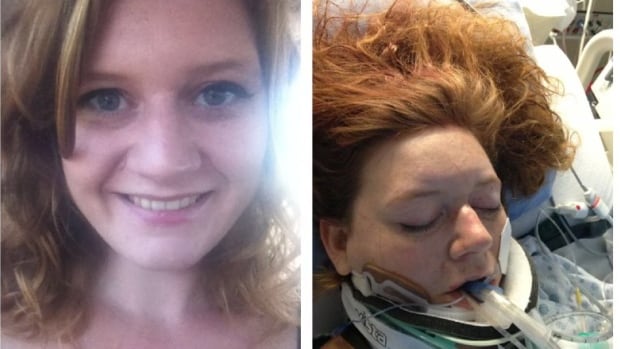 ‘I just live life in pain, it’s my price to be alive,’ says impaired driving victim years after being struck | CBC News