A coalition of professionals and community members is releasing its vision for a historic Toronto property the Ontario government is seeking to demolish.

The century-old buildings at the Dominion Wheel and Foundries site sit on a provincially-owned parcel of land that is being sold and redeveloped as a mixed-use housing development.

Demolition began in January but was halted after residents won a temporary court injunction. A hearing on the matter set for this Friday has now been postponed to allow consultations between the province, the City of Toronto and the local community.

CBC Toronto revealed this week that the Doug Ford government approved a private sale of the land, located on Eastern Avenue in the West Don Lands, but will not release the identity of the purchaser.

The community group Friends of the Foundry, together with several architects, urban designers, and affordable housing experts, released a proposal on Wednesday that they say would create hundreds of residential units, community space, retail, all while preserving the site’s two most important historic buildings.

“This concept has been guided by development principles that are anchored in the historical context of the Foundry and builds on what has become a well-loved neighbourhood with a distinctive sense of place,” Shirley Blumberg of KPMB Architects said in a statement from community group Friends of the Foundry.

The plan would deliver approximately 688,400 square feet of gross floor area and create 870 residential units. A minimum 30 per cent would be affordable housing.

In line with the province’s plan for the site, the group’s proposal includes three new residential towers.

But it also retains the historic Foundry and Machine Shop buildings, described by Greenberg in a virtual presentation on Wednesday as “handsome and robust historic industrial structures” that contribute “to our cultural memory” and enhance “the unique identity of the city and the neighbourhood.”

The Ford government has maintained that the land is contaminated and the buildings must be demolished in order for environmental remediation to begin.

In its presentation Wednesday, the group pushed back, citing other examples of Toronto heritage buildings that have been maintained during environmental cleanup, including residential sites such as the Wychwood Barns.

Architect Joe Lobko said the two buildings are too special to let go.

“Just throwing it away on some blithe assumption that you need to [demolish it for] environmental remediation, that really needs to be challenged,” he said during the presentation.

As for the sale of the land, responding to CBC Toronto’s story on Monday, Premier Doug Ford said the identity of the purchaser can’t be released until its finalized.

“The deal has not been signed yet. It’s not done,” Ford told reporters Monday.

“Once that deal is signed, we’d be more than happy to be transparent.”

Are you coronamüde? Learn these brand new German (COVID-related) words

Iran has been holding French national since May 2020, foreign ministry confirms 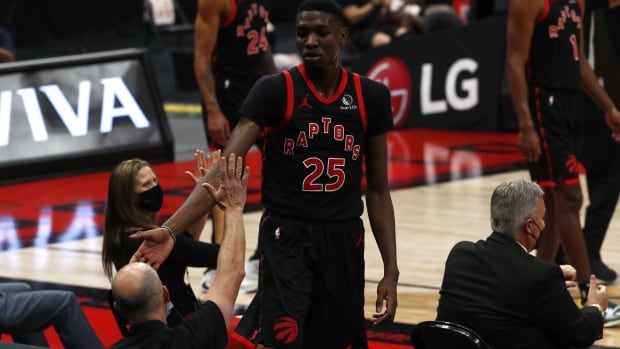