The Canada Border Services Agency cited examples of Iran’s use of violence against civilians since 2019 to convince the federal government to ban top Iranian officials recently in power from entering Canada.

CBC News obtained from the agency a list of evidence it recently provided to Public Safety Minister Marco Mendicino as he considered taking action against Iran in response to its recent violent crackdown on protests.

The list shows the CBSA pointed to Iran’s cyberattacks on Albania’s government, its plot to abduct or kill Israeli tourists and the death of 23-year-old Mahsa Amini. Her death in the custody of Iran’s so-called “morality police” triggered the recent wave of protests.

The agency also cited threats against the families of Flight PS752 victims as examples of Tehran’s behaviour.

The federal government has been under intense pressure from Iranian-Canadians and the Conservative opposition to get tough on Iran.

Mendicino officially listed the Islamic Republic of Iran on Nov. 14 as a regime engaged in terrorism and systemic human rights violations.

“This means that tens of thousands of senior members of the Iranian regime, including many members of the Islamic Revolutionary Guard Corps, are now inadmissible to Canada,” said the official government notice.

The designation stopped short of what many in the Iranian-Canadian diaspora have demanded and the United States has already delivered — a federal order listing the entire Islamic Republic Revolutionary Guard Corps (IRGC) as a terrorist group under the Criminal Code.

Federal officials said the government doesn’t want to target Iranians who were merely conscripted into the IRGC and is instead taking a more targeted approach through the Immigration Refugees Protection Act. The government estimated it could blacklist roughly 10,000 Iranian regime officers and senior members — including IRGC officials in power since November 2019 — from entering Canada.

When asked why the government is only blacklisting Iranian regime members in office since 2019, Mendicino told CBC News he relied on the “extensive analysis that was conducted by CBSA.”

“2019 was the time in which there was an uprising, as well as following a number of similar demonstrations in defence of human rights,” Mendicino told CBC News.

“Shortly thereafter, of course, there was the downing of Flight PS752, which saw many Canadians and permanent residents as well as foreign nations … killed as a result of the actions of the Iranian regime.”

Iranian-Canadian human rights lawyer and activist Kaveh Shahrooz said the decision to target only those in power since 2019 was “completely arbitrary and defies logic.”

“The IRGC has been a terror organization since its inception,” said Shahrooz, a senior fellow at the Macdonald-Laurier Institute.

“For many years, it has terrorized Iranians domestically and killed many internally. If we want to hold them accountable and keep them out of Canada, we need to apply the ban much more broadly.”

There is no end-date for the designation period, which means the blacklist designation can continue to apply to senior officials serving in Iran’s regime in the future.

Friday, November 25 – The UN Human Rights Council voted Thursday to condemn the bloody crackdown on peaceful protests in Iran and create an independent fact-finding mission to investigate alleged abuses, particularly those committed against women and children. We’ll talk to an NGO that works with partners in Iran’s Kurdish regions about the situation.

University of Ottawa Iran expert Thomas Juneau said he wonders why the federal government chose 2019 as the cutoff date. He said Iran’s atrocities date back decades and he suspects it would have been “simply too much work” for CBSA to go back to 1979 for the purposes of the designation.

“The purpose here was to establish that Iran has committed a sufficient amount of atrocities to justify the sanctions,” he said. “I think the government can very easily do that, whatever the precise cutoff point is.”

The evidence “was not intended to be an exhaustive catalog” but was meant to give the minister enough evidence to consider the designation, CBSA said.

The agency also said that while it didn’t consult with allies, it looked at public statements made by the governments of the U.S., New Zealand, Australia and the United Kingdom against Iran.

CBSA told Mendicino the high-profile death of 22-year-old Mahsa Amini is an example of the Islamic Republic of Iran’s extrajudicial killing of detained people, which it called “a gross violation of human rights.”

Iran’s morality police arrested Amini in September for “inappropriate attire” because she wore the mandatory hijab “improperly.” She died in police custody on Sept. 16.

Citing eyewitnesses, Amini’s family said authorities beat her in the police van after she was detained. An Iranian coroner’s report blamed her death on pre-existing medical conditions — something her father has denied, pointing to bruises found on her body.

Her death has fuelled ongoing anti-regime protests and strikes across Iran and around the world, including in Canada.

Mendicino also considered evidence that suggests Iranian authorities have “engaged in a campaign of harassment and abuse” against families who lost loved ones on Flight PS752, said CBSA.

The IRGC shot down the commercial plane in January 2020 with surface-to-air missiles, killing 176 people onboard. Among those killed were 55 Canadian citizens and 30 permanent residents.

“Based on interviews with family members of victims and other individuals with direct knowledge of the treatment of families, Iranian security agencies arbitrarily detained, summoned, abusively interrogated, tortured, and otherwise mistreated victims’ family members,” CBSA said.

WATCH/ Exposing how Iran tracks and threatens people in Canada

Exposing how Iran tracks and threatens people in Canada

CSIS recently confirmed there are multiple ‘credible’ death threats from Iran aimed at people in Canada. CBC News’s chief correspondent Adrienne Arsenault meets with several Iranians who describe their experiences of being monitored and intimidated on Canadian soil.

CBC News has reported on that abuse — including the plight of a family that fled Iran alleging threats from Iranian authorities.

CBSA cited nationwide protests in Iran in 2019-2020 — which collectively became known as “Bloody November” — as examples of the regime’s use of “lethal violence” to suppress protests.

In November 2019, Iran’s security agencies attempted to suppress political protests that broke out across the country in response to high gas prices with arrests and deadly force. In its report to Mendicino, CBSA cited a Reuters news agency report that said more than 7,000 people were arrested and about 1,500 people died over the two weeks of demonstrations.

“According to information provided to Reuters by senior Iranian officials in December 2019, the Supreme Leader Ayatollah Ali Khamenei ordered his top security and government officials to ‘do whatever it takes to stop [the protesters],'” CBSA wrote.

Shahrooz said there were loud calls for the federal government to take action against the IRGC in 2019. He said the terrorism designation should have happened back then.

“Regrettably, it took immense political pressure, including a [Canadian] rally to bring 50,000 people out in the streets, for our government to take action,” he said. “I think that’s unfortunate.”

CBSA points to examples of terrorism

CBSA said Canada listed Iran as a foreign state supporter of terrorism a decade ago when it cut ties with Iran and closed its embassy in Tehran.

Since then, CBSA said, Turkish authorities reported in June they had stopped an Iranian plot to abduct or kill Israeli tourists in Turkey, including the former Israeli ambassador to Turkey and his wife.

“At the same time, Israel issued an urgent appeal to all its citizens to leave Istanbul immediately, and to reconsider non-essential travel to other parts of Turkey, warning that Iranian agents were ready to kidnap or kill Israelis, as Iran sought to avenge the deaths of IRGC officers, for which it blamed Israel,” CBSA said.

CBSA also noted that Albania cut diplomatic ties with Iran and expelled all Iranian diplomats this year in response to allegations that Iranian state actors launched ransomware attacks against the Albanian government as an act of retaliation for hosting thousands of Iranian opposition group members in the country. 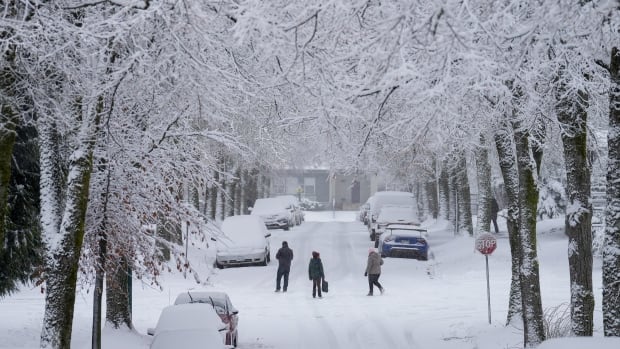