If the additional words in the official title sound familiar, it might be because they bear a striking resemblance to a motion Stephen Harper tabled in the House of Commons as prime minister in 2006. Harper proposed that the House formally recognize that “the Québécois form a nation within a united Canada.”

Harper’s motion was an attempt to parry a motion tabled by the Bloc Quebecois that called on the House to recognize that “Quebeckers form a nation.” And the BQ’s motion was a handy way of causing trouble for the Liberal Party – which was embroiled in both a contentious leadership race and an internal debate about whether to apply the concept of nationhood to some or all of the people in Quebec, and to the country writ large.

The immediate result of all this parliamentary brinksmanship and word games was that nearly everyone found something in Harper’s motion that they were willing to support. The resolution passed by a vote of 265 to 16.

One of the 16 dissenters was Ken Dryden, the legendary goalie who was a Liberal MP from 2004 to 2011. A few hours before the vote was taken, Dryden rose in the House and condemned the whole affair as unserious and potentially dangerous.

“This feels wrong because it does not feel as serious as it must be. It feels like games – bad, manipulative, opportunistic games, political games,” Dryden said. “All these games and manipulations are not for us. They only create a slippery slope for later on.

“The public has learned to accept most things political but not this. The stakes are too high.”

Sixteen years later, Saskatchewan Premier Scott Moe wants his province to be recognized as a “nation within a nation” and Alberta Premier Danielle Smith wants the freedom to ignore federal laws while remaining part of a “united Canada.”

Perhaps the influence of Harper’s motion was merely rhetorical. Maybe Moe and Smith would have found a way to their current positions regardless.

‘A game of political chicken’

According to an open – even proud – explanation by one of the minds that conceived the idea of an Alberta Sovereignty Act, the legislation was supposed to be unconstitutional. That seems to give the game away. On that score, Smith’s government seems to have succeeded.

The bill “fundamentally upends a number of stabilizing principles in our Canadian constitutional order,” said Eric Adams, a constitutional scholar at the University of Alberta.

“There is manifestly no basis under the Constitution for a province to try and nullify the effect of a federal law because it thinks … it is causing harm to those people in the province,” said Carissima Mathen, a law professor at the University of Ottawa.

Wednesday, November 30 – Alberta Premier Danielle Smith’s signature legislation would grant her cabinet new powers to bypass the legislative assembly and unilaterally amend provincial laws. We’ll talk with a constitutional law expert about whether the provinces have too much leeway.

“This is about as clearly an unconstitutional gambit as I’ve ever seen in my professional lifetime. The premier is engaging in a game of political chicken,” Ian Holloway, dean of the law school at the University of Calgary, told The Line.

As a general principle, governments shouldn’t deliberately do unconstitutional things. But the bill’s proponents presumably would argue that Alberta’s situation is so dire and its treatment by the federal government so unfair that such extreme measures are necessary.

That logic is at least problematic. But if Albertans feel cheated and anxious, they should ask how likely it is that the Sovereignty Act will improve their lives or livelihoods. For all the time and energy this legislation will consume – for all its inherent danger – Albertans might at least expect it to lead to some meaningful and positive change for the better.

Instead, the Calgary Chamber of Commerce – an organization that is not stacked with Prime Minister Justin Trudeau’s biggest fans – is warning that the Sovereignty Act will “impede new investment … reduce business certainty and stability, and create challenges for businesses to attract and retain talent.”

How will this ‘play out’?

Trudeau said Wednesday that his government will “see how this plays out” before deciding whether to do anything about it. He surely understands that anything the federal government could do right now – such as dusting off the ancient power of disallowance or referring the legislation to the Supreme Court – would be framed by Smith as an escalation.

Even loudly criticizing the act would only give Smith the sort of fight she is clearly very eager to have ahead of a provincial election next year.

In that respect, Smith’s gambit seems like the natural evolution of her predecessor’s promise to get tough with Alberta’s alleged tormentors, including the prime minister. Jason Kenney didn’t manage to fundamentally change anything about the world. So now Smith is vowing to get tougher.

“We’ve tried different things in the past and it hasn’t worked,” Smith said this week. “So we’ve got to try something new.”

There are real issues at hand for the province, real questions to be asked about how Alberta can best make the necessary transition to a net-zero world. It’s not obvious how blaming Trudeau – or picking new, unconstitutional fights with the federal government – would answer any of those questions.

So what happens if – or when – this doesn’t seem to accomplish anything?

Politicians who engage in such tactics are often accused of “playing politics” – though that can sometimes seem like accusing a baseball player of playing baseball. The most important part is what they’re playing with.

In this case, what’s being played with are things like the Constitution, the rule of law and national unity.  At an absolute minimum, there is the risk – as Kenney himself seemed to acknowledge while resigning this week – that this legislation will inspire even more polarization and conflict.

If it’s a game, it’s a particularly dangerous one. 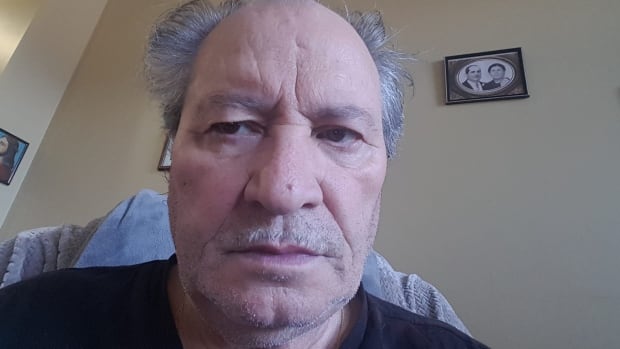