New research highlights COVID-19’s lingering effects on the brain, finding that in the six months after becoming ill, roughly a third of surviving patients were diagnosed with at least one neurological or psychiatric disorder.

The neuropsychiatric ailments that followed COVID-19 ranged widely, from stroke and dementia to anxiety disorders and sleep disturbances. Virtually all were more common among patients who became sick enough to be hospitalized with COVID-19, and the risk was even higher for those admitted to an intensive care unit.

Patients who developed encephalitis, a dangerous swelling of the brain, were most likely to manifest serious neurological illness in COVID-19’s wake.

But even those who were not hospitalized were more likely to get a diagnosis for one or more neuropsychiatric disorders than were people who had suffered a bout of flu or another respiratory illness, researchers found.

The findings, published this week in the journal Lancet Psychiatry, come from the largest effort yet to track the neuropsychiatric aftereffects of a coronavirus infection. It comes as increasing numbers of patients who appear to have cleared an infection seek care for a persistent constellation of symptoms, including disturbances of mood, cognition and sensation.

The phenomenon, which affected patients call “long COVID,” threatens to prolong the pandemic’s impact. Scientists, who call the syndrome Post-Acute Sequelae of COVID, or PASC, are scrambling to understand how a disease that most visibly attacks the lungs can leave such an array of bewildering symptoms in its wake.

But first, they have to tally how widespread these symptoms are, and prepare for the potential onslaught of patients needing care.

“This paper is important because it’s the largest data set anyone has looked at,” said Dr. Avindra Nath, who conducts research on the brain and immune system at the National Institute of Neurological Disorders and Stroke. “In that sense, it’s huge.”

Among 236,379 COVID-19 survivors, 24% had a confirmed mood, anxiety or psychotic disorder in the six months after falling ill. For 36% of those patients, that psychiatric diagnosis was their first.

Rates of stroke, nerve disorder and dementia were also higher than normal in the COVID-19 survivors compared to patients treated for other medical problems.

Ischemic strokes, in which a blockage curtails the flow of oxygen to the brain, were seen in 2.1% of former COVID-19 patients in the six months following their initial illness. And nearly 3% were diagnosed with disorders of the nerves or nerve roots.

Among COVID-19 survivors age 66 or older, 2.7% were diagnosed with dementia within six months, researchers found.

Worldwide, close to 130 million have had confirmed SARS-CoV-2 infections and survived. Even if the brain-related problems seen in the study occur only in patients who develop COVID-19 symptoms, they suggest that the pandemic will leave in its wake a huge population of patients with ongoing problems.

“I think the public health implications of these findings are going to be massive,” said Dr. Anna Cervantes-Arslanian, a neurologist who studies the after-effects of infection at Boston University Medical School.

I think the public health implications of these findings are going to be massive.

The study uncovers very preliminary evidence of an uptick in brain disorders that normally take years to detect, including dementia and Parkinson’s disease-like tremors, Cervantes-Arslanian said. And it documents high rates of post-COVID depression and anxiety, common diagnoses that can recur over a person’s lifetime.

Only time and further study will tell how much COVID-19 may swell the ranks of patients with neurological and psychiatric issues, and how long those may last, she said. But “this paper raises alarms.”

A team of psychiatrists, neurologists and epidemiologists from Oxford University scoured the medical records of nearly a quarter-million people who had been diagnosed with COVID-19 and looked for new or repeat diagnoses of 14 specific disorders. They tracked when those diagnoses were made and how their incidences differed with COVID-19 severity.

Many viruses are known to leave clusters of mystifying symptoms in their wake. So the Oxford researchers needed also to gauge whether SARS-CoV-2’s ability to perturb the brain’s function is unique.

To do so, they created large comparison groups of similar patients who had been sickened with influenza or other respiratory infections. Then they combed through their medical records for evidence of a neuropsychiatric diagnosis in the six months following their initial illness. Overall, they found that the odds of having one of the 14 disorders was 44% higher for COVID-19 survivors than for those who had the flu. They were also higher for those who had another respiratory infection, but the difference was modest enough that it could have been a statistical fluke.

A second comparison group was made up of patients who sought medical care for skin infections, kidney stones, fractures of large bones, or blood clots in the lung.

Rates of neuropsychiatric aftereffects were consistently higher among the COVID-19 survivors than for those in the other groups. There was a notable exception: Patients who had recovered from some other respiratory infection had similarly elevated rates of subsequent strokes (both the ischemic strokes that block blood flow to the brain and the intracranial hemorrhages that involved a brain bleed).

More than 80% of the COVID-19 patients whose medical records were reviewed were never admitted to the hospital. Despite this, nearly 32% of them were diagnosed with one of the 14 neuropsychiatric disorders within six months.

How to explain why an illness that typically begins like pneumonia could have so many downstream effects on the brain?

Some possibilities lie in plain sight: The fear sparked by the pandemic, and the social isolation that comes with it, are themselves depressing and anxiety-inducing, and have in turn sparked unhealthy behaviors.

Becoming sick with COVID-19 can be a frightening and traumatic brush with death, especially if it involves intensive hospital care. And when other major organs are damaged — as they are in the most severe cases of COVID-19 — the brain can rarely escape the collateral damage.

But scientists suspect more subtle mechanisms may be at work too.

First, the virus, or even viral fragments, might sneak past the barrier that typically protects the brain from infection and invade the organ that oversees everything from reason to body temperature.

Second, the immune overreaction that COVID-19 often prompts may propel immune cells and proteins that usually stay out of the brain into that sacred space, harming delicate tissue and disrupting operations there.

And finally, SARS-CoV-2’s affinity for attacking the lining of blood vessels, and for promoting the formation of clots in the blood, may wreak unique havoc in the brain, which depends on miles of tiny blood vessels to function properly.

Nath said that there’s very preliminary evidence to support all three mechanisms in COVID-19 patients. But it’s limited by the fact that the workings of the living brain are so difficult to capture in real time.

An examination of the brains of deceased COVID-19 patients overseen by Nath found immune proteins and cells in many places, alongside many damaged blood vessels. That autopsy study found no evidence of virus in the brain. But others have, and Nath acknowledges that in his work, the virus may have been cleared by the patient’s time of death, or its presence may not have been discernible with available tests.

In the end, Nath said, the mystery of what causes post-COVID damage to the brain may focus on which door the agents of chaos sneak in, and which structures they gravitate toward once inside.

“Most neuroscientists are intrigued that all coronaviruses affect the nose: they may end up in the brain by traveling very efficiently up the olfactory nerve,” he said.

That nerve, or other cranial nerves, may be the virus’ springboard to the brain’s limbic system, the deep structures where emotions such as fear and anxiety are processed, and from which depression and anxiety disorders may spring.

Or the virus could take a different turn and proceed to the prefrontal cortex, the seat of cognition and emotional regulation, both of which are frequently impaired in post-COVID syndrome.

It also could lead to the brainstem, which governs a host of involuntary functions, including temperature regulation, heart rate and blood pressure. Many patients with long COVID report “dysautonomia,” or difficulties in regulating these functions.

The diversity and frequency of aftereffects captured by the new research may send scientists in several directions to find a common cause, said Cervantes-Arslanian. But its findings strongly support the surmise that “there’s definitely brain invasion” in SARS-CoV-2 infection. Varied as they are, the neuropsychiatric symptoms that follow COVID-19 have “true biological underpinning,” she added.

Macron announces closure of ENA, the elite ‘school for presidents’ that France loves to hate 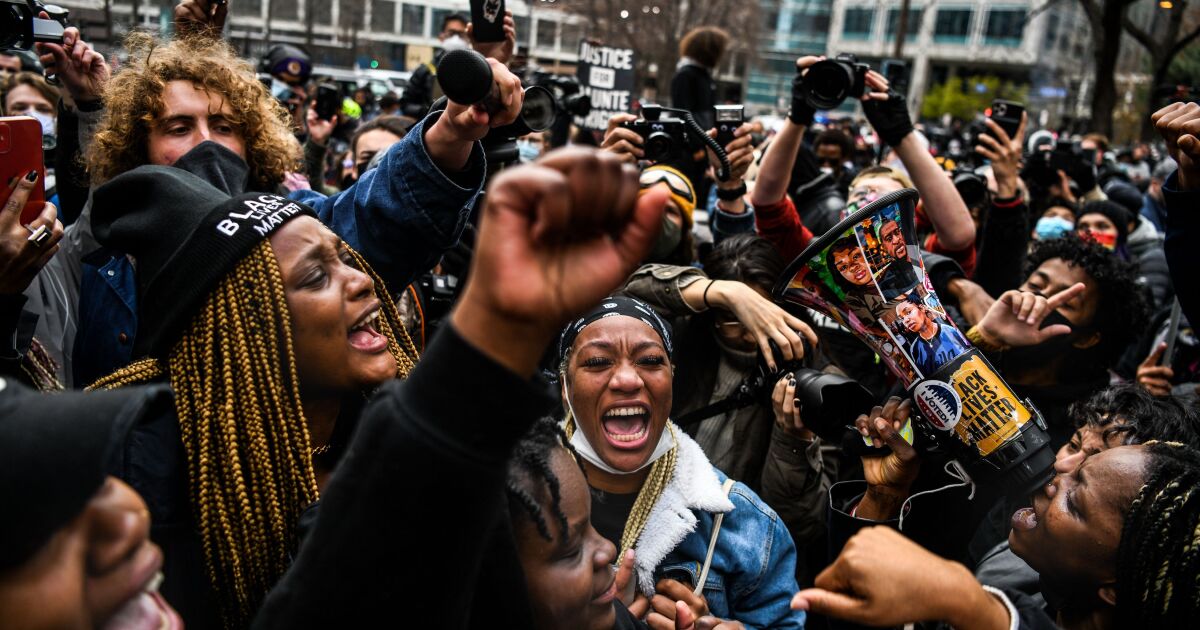 ‘I just feel so relieved.’ Minneapolis reflects on the murder conviction of Derek Chauvin 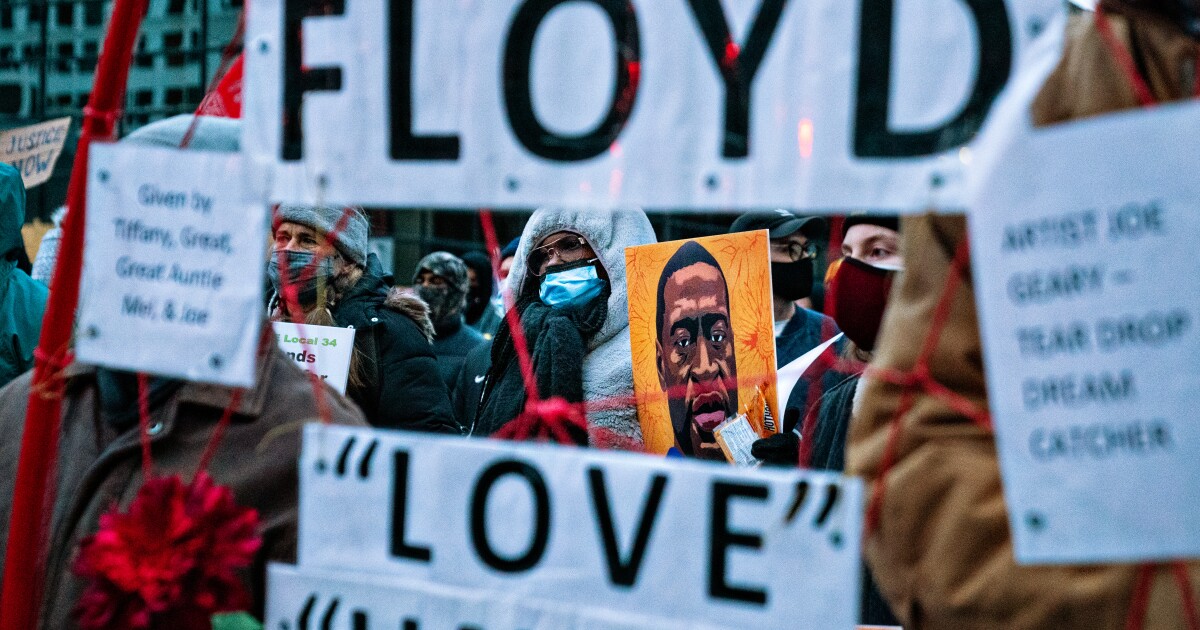 Hollywood hails Chauvin guilty verdict: ‘Today we can breathe a sigh of relief’ 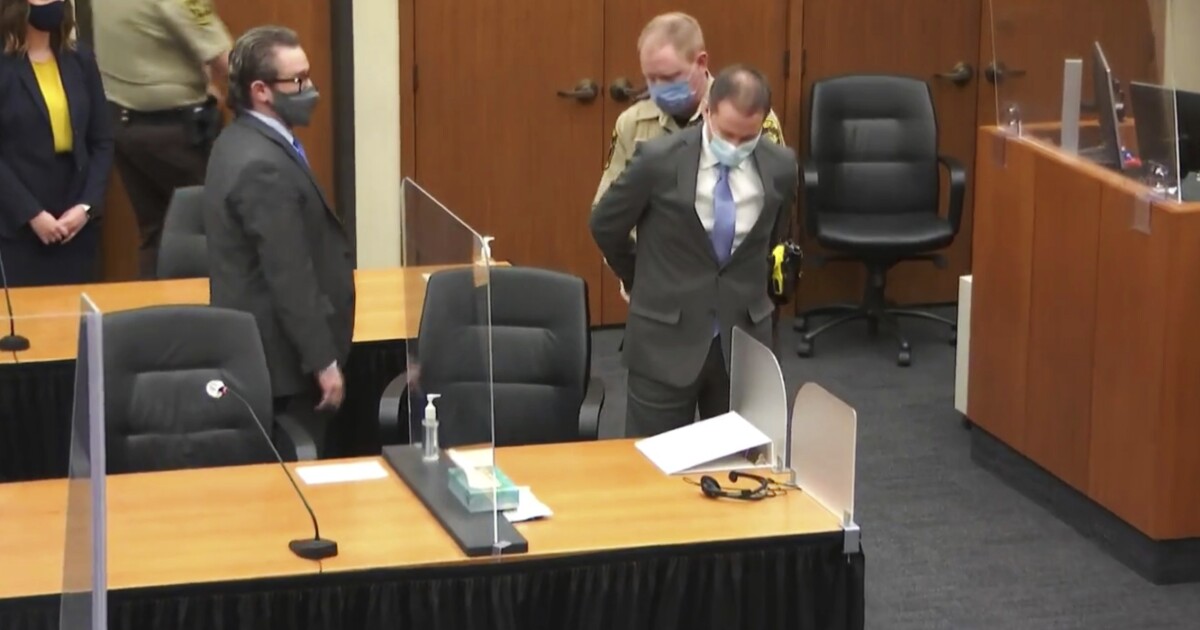 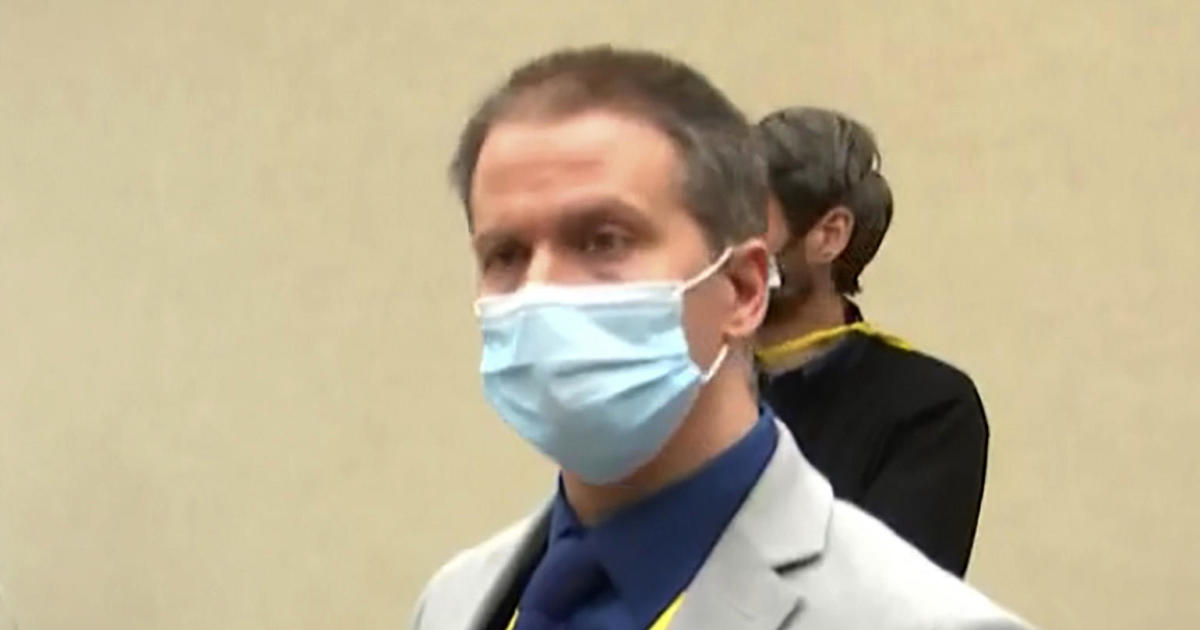