We liberals are generally slow to anger. But the endless debate about what rightwingers call “woke” has done it for me. In this squabble between the right and various identity movements, liberals are barely heard. We need to wade in shouting at both sides: “You’re all wrong. Listen to us!”

The wokeness debate is silly partly because nobody agrees on what woke means. James McAuley, a progressive American writer, defines it as “an increased awareness of racial disparities and social justice”. Matthew Goodwin, a conservative British political scientist, calls it “the sacralisation of racial, sexual and gender minorities”. Democratic US Congresswoman Alexandria Ocasio-Cortez tweeted, “‘Woke’ is a term pundits are now using as a derogatory euphemism for civil rights & justice.”

Problem two is that, like so much of global debate, the argument was made in the US. Like all contemporary American debates, it has polarised into two sides. On the broader US battlefield, liberals have chosen our camp. We know where we stand between social justice and today’s Republican Party. There’s no place for bothsidesism in that fight.

But on wokeness, liberals do have our own position — call it a “third way”. We sometimes agree with social-justice warriors and, sometimes, with genuine conservatives. (Only the Trumpian white-identity movement is wrong about everything.)

As a liberal, I’m with the so-called woke in their attacks on discriminatory structures. White men running today’s institutions need to realise they might just possibly have got there because they are white men. On a Zoom chat recently, two successful white male friends banged on to me about wokeness. One complained that women and black people in his profession now expected an easy rise, whereas he’d worked hard ever since boarding school. In his mind, he was the victim. I reckon he needs to become woke to how power works. Others deserve their chance now.

Social activists are right to make sure that women and minorities get heard. They are right that older white men often cry “woke” to protect their own positions. The woke are also right to want to topple statues of racists. That isn’t “erasing history”. It’s about changing who we honour.

And when wokesters get accused of propagating “cancel culture”, they are right to retort that rightwingers do it, too. One Kansas school district just removed 29 books from its libraries, by authors including Margaret Atwood and Toni Morrison. A school board in Virginia ordered libraries to remove – ie cancel – “sexually explicit” content, while two board members advocated book-burning (the order was later rescinded after widespread criticism).

And these aren’t isolated incidents, nor mere instances of the “anecdotalism” that misinforms the wokeness debate. From January through September, 24 legislatures in the US introduced bills to limit what educational institutions can teach on subjects including racism, gender and American history, says non-profit group PEN America.

But I’m with conservatives when they complain about certain social-justice warriors repressing speech. Nobody deserves “emotional safety” from arguments they don’t like. All you get is protection from straightforward hate speech and threats of violence.

One essential liberal position is that we understand people as individual thinkers, not just as members of identity groups. Nobody is compelled by their origins to follow the line handed down by “leaders” of their genetically determined so-called “community”. When white progressives explain what the “African-African community” believes, I want to ask, “Are you in the white community? If not, then why not let black people detach from their ethnicity too?”

So we liberals should upend the debate, offending everyone else. Certainly in the UK, we are probably the silent majority. We ought to be the noisy majority.

Our aim should be to marginalise the whole debate. Woke shouldn’t be the culture war of our time. It doesn’t shape most people’s lives. In Europe, outside a few British campuses, it’s even hard to find. We should worry more about discriminatory economic and social structures than bad words. It’s absurd that the US has anti-racist speech policing in some campuses and media, while tolerating apartheid-style segregation in everyday life.

Erik Bleich, of Middlebury College in Vermont, says people need to be able to hold two simple ideas in their heads: free speech is critical. Understanding that some people have historical disadvantages because of their identity is critical, too. It’s really not that complicated.

Arthritis symptoms: Why popping joints could be a key warning sign - Fact checked

Ukrainan defenders hold out in Donbas city under heavy fire 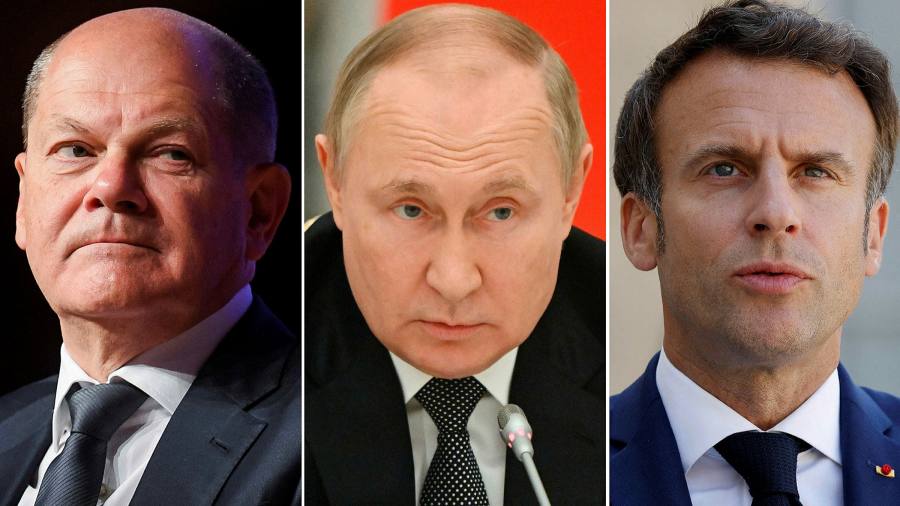 Lagarde Prepares for ECB Liftoff With Yet More Record Inflation