US Treasury secretary Janet Yellen warned on Tuesday that interest rates may need to rise to keep the US economy from overheating, comments that exacerbated a sell-off in technology stocks.

The former Federal Reserve chair made the remarks in the context of the Biden administration’s plans for $4tn of infrastructure and welfare spending, on top of several rounds of economic stimulus because of the pandemic.

“It may be that interest rates will have to rise somewhat to make sure that our economy doesn’t overheat, even though the additional spending is relatively small relative to the size of the economy,” she said at an event hosted by The Atlantic magazine.

“So it could cause some very modest increases in interest rates to get that reallocation. But these are investments our economy needs to be competitive and to be productive.”

Investors and economists have been hotly debating whether the trillions of dollars of extra federal spending, combined with the rapid vaccination rollout, will cause a jolt of inflation. The debate comes as stimulus cheques sent to consumers contribute to a market rally that has lifted equities to record levels.

Jay Powell, the Fed chair, has said that he believes inflation will only be “transitory”; the central bank has promised to stick firmly to an ultra-loose monetary policy until substantially more progress has been made in the economic recovery.

The possibility of interest rates rising has been a risk flagged by many investors since Joe Biden’s US presidential victory, even as markets have continued to rally.

Yellen’s comments added extra pressure to shares of high-growth companies, whose future earnings look relatively less valuable when rates are higher and which had already fallen sharply early in Tuesday’s trading session. The tech-heavy Nasdaq Composite ended the day down 1.9 per cent, while the benchmark S&P 500 was 0.7 per cent lower.

Market interest rates, however, were little changed after the remarks, with the yield on the 10-year Treasury at 1.59 per cent. Yellen recently insisted that the US stimulus bill and plans for more massive government investment in the economy were unlikely to trigger an unhealthy jump in inflation. The US Treasury secretary also expressed confidence that if inflation were to rise more persistently than expected, the Federal Reserve had the “tools” to deal with it.

Treasury secretaries generally do not opine on specific monetary policy actions, which are the purview of the Fed. The Fed chair generally refrains from commenting on US policy towards the dollar, which is considered the prerogative of the Treasury secretary.

Yellen’s comments at the Atlantic event were taped on Monday — and she used the opportunity to make the case that Biden’s spending plans would address structural deficiencies that have afflicted the US economy for a long time.

“We’ve gone for way too long letting long-term problems fester in our economy,” she said. 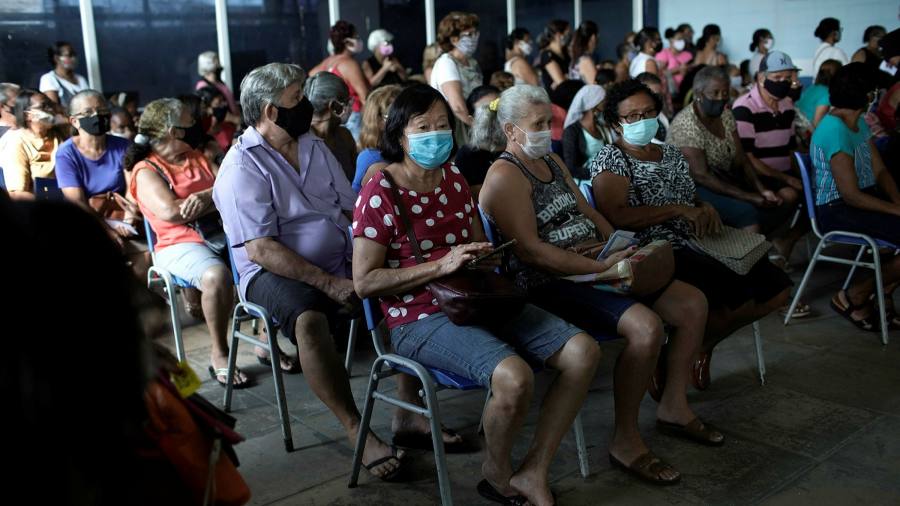