Some 40 million people across the UK have been targeted by scammers, new data from Lowell, credit management company, showed. They urged Britons to remain vigilant and aware of the seriousness of fraud as it can have negative financial and mental implications impact on victims.

One victim spoke about her experiences as a victim of fraud. Jade Hamill, 23, from Belfast, spoke exclusively with Express.co.uk about how she lost £3,125, after receiving a phone call from who she thought was Santander in April.

Luckily she had help from her grandmother and mother so she would be able to keep up with day-to-day expenses.

Jade first received an email with a link stating that her statement was ready to view, which she clicked. A few hours passed and she received a phone call from someone who she thought was her bank. The man on the phone told her that a large sum of money had been taken from her account.

He explained that he could help her resolve the matter if she was able to provide her personal details which she did.

Jade said: “He was very reassuring, I was told that he could process some of the money into my account. Believing the call was genuine, I
cooperated and gave him my sort code and account so he could resolve the matter.

“They took £3,125 from my savings. They never found out who took it and I only got around half back.”

Jade explained the implications of the scam are ongoing in her day-to-day life. She doesn’t trust people as easily anymore, and her health condition developed during this time as she became stressed.

She continued: “To know that all I had saved up and worked hard for had disappeared within 30 minutes was a shock that I’ll never forget.

“I researched the number they had called me on, and it was one digit away from Santander’s contact number.”

With reports of fraud being an ongoing issue across the UK, it is key that Britons know how to identify and report a scam.

If someone is a victim of fraud, it is important they report the incident to their bank and the police straight away by contacting 111 or Action Fraud at 0300 123 2040.

Lowell research found almost two-fifths (40 percent) of Britons have experienced payment card fraud, and one in 10 Brits would be very likely to click a link in a text message claiming to be from their bank.

As a way to prevent further increase, they provided “several ways” that people can protect themselves from cyber criminals including.

They stated: “Always use strong passwords and ensure that you are not using the same password for each of your accounts.

“Scammers will usually offer a problem (act now or be fined thousands of pounds) or a prize (you’ve got a huge tax rebate waiting, click here).

“Be wary of both and stop to think if you have any involvement with the company. If you haven’t heard of the company, research them separately before clicking.

“Always log in to sites directly, rather than clicking on links in emails or texts. You can also see if the website is secure via the padlock next to the link.

“The browser will warn you if it isn’t, giving you a good indication that it is risky. Look out for the ‘s’ at the end of ‘https://’ in the URL for a clear indication the site is secure.

“Never give out personal information or send money to anyone you don’t know or trust.”

Jade explained after losing her savings she had to work two jobs to accommodate for the loss, but warns she is “one of the lucky ones”.

She said: “My grandmother gave me enough money from her pension to pay rent for the month and my mother brought food from home to my accommodation. After several months of working, I paid them back.

“You hear of fraud in the news, about clicking on hyperlinks and scam phone calls, but you never think it will happen to you. I now refuse to speak about my account in any capacity. The only time I will engage in conversation about my account is in person at my local branch.”

On their website it states: “Protect your personal and security details. A genuine bank or organisation will never contact you out of the blue to ask for your PIN, full password or security numbers.

“Don’t give out personal or financial details unless it’s to use a service that you have signed up to, and you’re sure that the request for your information is directly related.

“When someone contacts you claiming to be someone they’re not, for example your bank, Amazon, HMRC, a parcel company, or even the police.

“Fraudsters want you to act urgently and will try to pressure you into clicking a link, revealing your security details, or to transfer or withdraw your money.  They’ll use this information to contact you again and impersonate your bank, the police or another trusted organisation.”

Realme GT 3: what we want to see

Congress moves to ban TikTok from US government devices 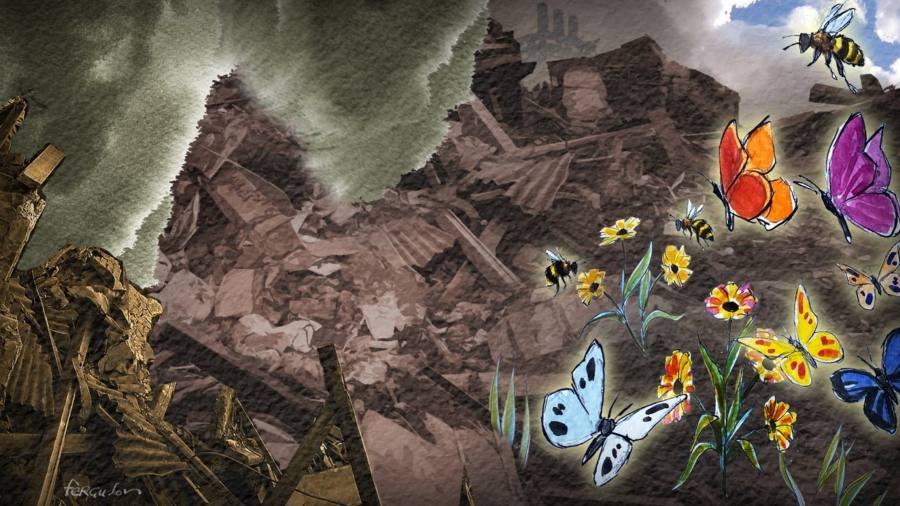 Glimmers of light in a terrible year