SCHIPHOL, Netherlands — A Dutch court has convicted two Russians and a Ukrainian of the murders of 298 people who died in the 2014 downing of Malaysia Airlines flight MH17 over Ukraine. One Russian was acquitted for lack of evidence.

Presiding Judge Hendrik Steenhuis said that evidence presented by prosecutors at a trial that lasted more than two years proved that the Boeing 777 flying from Amsterdam to Kuala Lumpur was brought down by a Buk missile fired by pro-Moscow Ukrainian rebels on July 17, 2014.

None of the defendants appeared for the trial that began in March 2020 and if they are convicted, it’s unlikely they will serve any sentence anytime soon. Prosecutors had sought life sentences for all four. Prosecutors and the suspects have two weeks to file an appeal.

SCHIPHOL, Netherlands (AP) — In a courtroom packed with relatives of victims killed in the 2014 downing of Malaysia Airlines flight MH17, a Dutch judge began reading the verdict Thursday in the trial of three Russians and a Ukrainian on trial for their alleged roles in the aviation disaster.

The verdict comes more than eight years after the Boeing 777 flying from Amsterdam to Kuala Lumpur was blown out of the sky over Ukraine, killing all 298 passengers and crew members. The midair explosion and crash on July 17, 2014 happened amid a conflict between pro-Russia rebels and Ukrainian forces.

Presiding Judge Hendrik Steenhuis opened Thursday’s hearing and said “the court takes the view that the MH17 was brought down by a Buk missile” launched from an agricultural field in eastern Ukraine.

In another important finding, Steenhuis said that the court believed that Russia had overall control at the time of a separatist region in eastern Ukraine, the Donetsk People’s Republic. The crash scattered wreckage and bodies over farmland and fields of sunflowers.

The judge said he would go on to rule on other legal issues and the guilt or innocence of the suspects later in the hearing.

Tension was high among families ahead of the hearing.

“The truth on the table — that is the most important thing,” said Anton Kotte, who lost his son, daughter-in-law and his 6-year-old grandson when MH17 was shot down. He said the hearing was a “D-Day” for relatives.

Robbert van Heijningen, who lost his brother, sister-in-law and nephew, called the downing “an act of barbarism” that he could never put behind him, regardless of the verdict.

“I call it a stone in my heart, and stones … don’t disappear,” he said.

None of the suspects appeared for the trial that began in March 2020 and if they are convicted, it’s unlikely they will serve any sentence anytime soon. Prosecutors have sought life sentences for all four. Prosecutors and the suspects have two weeks to file an appeal.

The Hague District Court, sitting at a high-security courtroom at Schiphol Airport, is passing judgment against a backdrop of global geopolitical upheaval caused by Russia’s full-blown invasion of Ukraine in February and the nearly nine-month war it triggered.

Hundreds of family members of people killed traveled to the court to hear the verdict, bringing them back to the airport their loved ones left on the fateful day MH17 was shot down. Outside the court, planes could be heard taking off and landing nearby on a cold, gray day.

Dutch prosecutors say the missile launcher came from the 53rd Anti-Aircraft Missile Brigade, a unit of the Russian armed forces based in the Russian city of Kursk and was driven back there after MH17 was shot down.

The suspects aren’t accused of firing the missile but of working together to get it to the field where it was fired. They are accused of bringing down the plane and the murder of all those on board.

The most senior defendant is Igor Girkin, a 51-year-old former colonel in Russia’s Federal Security Service, or FSB. At the time of the downing, he was defense minister and commander of the armed forces of the self-proclaimed Donetsk People’s Republic — the region where the plane was shot down. Girkin reportedly is currently involved in Russia’s war on Ukraine.

Also on trial are Girkin’s subordinates, Sergey Dubinskiy, Oleg Pulatov, and Leonid Kharchenko, a Ukrainian who prosecutors say was commander of a pro-Russia rebel combat unit and took orders directly from Dubinskiy.

Pulatov is the only one of the suspects who was represented by defense lawyers at the trial. They accused prosecutors of “tunnel vision” in basing their case on the findings of an international investigation into the downing while ignoring other possible causes.

Pulatov’s defense team also sought to discredit evidence and argued he didn’t get a fair trial.

In a video recording played in court, Pulatov insisted he was innocent and told judges: “What matters to me is that the truth is revealed. It’s important for me that my country is not blamed for this tragedy.” 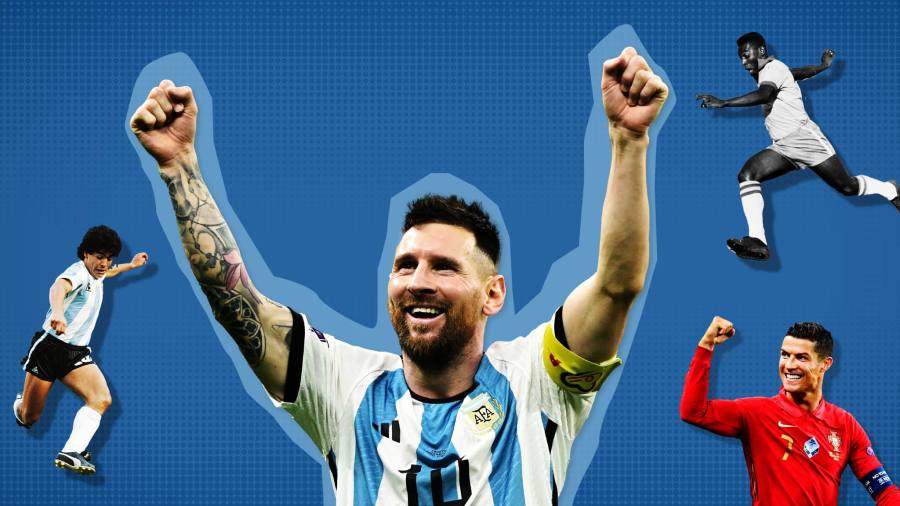 Retired woman earns £1,000 a month with side hustle