MONTREAL — Quebec’s premier says beginning the day after Christmas, gatherings inside homes will be limited to six people or two family bubbles.

Restaurants are already operating at half capacity and have to close at 10 p.m., and on Dec. 26 will also have to limit groups at tables to six people or two families.

Premier Francois Legault says the “exponential” increase in coronavirus infections over the past week is continuing. He says Quebec will report about 9,000 news cases for Wednesday.

Earlier this week, the French-speaking Canadian province abruptly closed bars, gyms and schools and warned that further restrictions could be coming while awaiting projections on the spread of the virus and its impact on hospitalizations.

HERE’S WHAT YOU NEED TO KNOW TODAY ABOUT THE CORONAVIRUS PANDEMIC:

Go to https://APNews.com/coronavirus-pandemic for updates throughout the day.

HERE’S WHAT ELSE IS HAPPENING TODAY:

WASHINGTON — U.S. health regulators on Wednesday authorized the first pill against COVID-19, and President Joe Biden said it marks a “significant step forward” on the path out of the pandemic.

The pill is a Pfizer drug that Americans will be able to take at home to head off the worst effects of the virus.

Biden said his administration will work with states to ensure equitable distribution.

The drug, Paxlovid, is a faster way to treat early COVID-19 infections, though initial supplies will be extremely limited. All of the previously authorized drugs against the disease require an IV or an injection.

An antiviral pill from Merck also is expected to soon win authorization. But Pfizer’s drug is all but certain to be the preferred option because of its mild side effects and superior effectiveness, including a nearly 90% reduction in hospitalizations and deaths among patients most likely to get severe disease.

SEATTLE — The mayor of Seattle says she will veto City Council legislation that would have repealed the $4 an hour hazard pay boost for grocery workers that has been in place for nearly a year.

In announcing on Wednesday her veto, Durkan cited the rise of the omicron variant and rising infection case numbers.

“Now is not the time to roll back the pay for these critical front-line workers,” Durkan said in a statement.

JERUSALEM — An Israeli health official says experts have recommended administering a new round of coronavirus booster shots after seeing evidence that protection from an earlier booster campaign is beginning to wane.

An advisory panel of health experts on Tuesday recommended to the government to begin giving booster shots to Israelis over 60 and health care workers as protection against the fast-spreading omicron variant.

Dr. Tal Brosh, an expert on infectious diseases with the Israeli Health Ministry and panel member, said the decision was controversial because data is still incomplete. But he said people who received booster shots more than four months ago appear to have double the infection rate as those who recently received the shot.

“We do not have any very good evidence to show that this intervention is beneficial,” he acknowledged. “But we do think that the science behind this decision is good.” He said experts fear that waiting too long for more data will result in thousands of new infections.

The experts’ recommendation still needs approval from the Health Ministry’s director. If approval is given, the booster campaign is expected to begin next week.

PORTLAND, Maine — A state health official says two-thirds of the patients who are in hospitals with COVID-19 in Maine during its surge in cases are not fully vaccinated against the disease.

Maine Center for Disease Control and Prevention Director Dr. Nirav Shah said Wednesday that about three-quarters of the state is vaccinated against COVID-19. He and others have said unvaccinated pockets of the state are driving the surge in cases and hospitalization.

“This is further evidence of the beneficial impact of vaccines,” Shah said.

Shah said the omicron variant of COVID-19 has been discovered in Maine and could become the dominant variant in the coming weeks. He called the variant “something to be taken seriously.”

Maine has been the site of more than 139,000 cases of COVID-19 and more than 1,400 deaths from the virus since the start of the pandemic.

BRUSSELS — Belgium decided Wednesday to further tighten restrictions in anticipation of the surging omicron variant but shied away from a full lockdown like neighboring Netherlands did.

The authorities decided to close cinemas, theaters and concert halls and ban indoor activities. Sports fans will be closed out of stadiums and indoor halls. Shopping will be curtailed with visitors forced to be spread out and groups entering a shop limited to two adults, possibly accompanied by children.

The measures will kick in Sunday.

Prime Minister Alexander De Croo said that “there is reason for concern. We are facing omicron.” He added that “what we know about it is bad news,” referring to its high transmissibility. It remains unclear how badly it affects the body.

“It is a tough package,” said virologist Marc Van Ranst. Bars and restaurants though would be allowed to remain open until 11 p.m. under restrained conditions.

Mayor Bill de Blasio said Wednesday that no decision had been made to ban people from the annual New Year’s Eve celebration in Times Square even as Fox said it was canceling its live broadcast.

There were more than 13,700 positive tests in the city Monday, a massive surge from just a week before.

De Blasio says the city is opening seven additional testing sites on Wednesday. He also says it will set up five distribution sites on Thursday to hand out at-home rapid COVID-19 tests.

NEW YORK — The omicron variant may have scrambled Broadway schedules but it also has led to an unusual stage debut.

Playwright Keenan Scott II, who made his Broadway debut as a writer this fall with “Thoughts of a Colored Man,” stepped into one of the roles he wrote Wednesday so the show could go on despite cast absences.

The unusual step came when a cast member tested positive for COVID-19 and two non-COVID related illnesses felled the cast. With the three actors out, and only two trained understudies standing by to go on, producers asked Scott to go on with less than 15 minutes until curtain rose.

“Thoughts of a Colored Man” is made up of related vignettes and set over the course of a single day in Brooklyn, where seven Black men discuss gentrification, violence, racial and sexual identity and what it means to be part of a community.

Multiple Broadway shows, including “Hamilton,” “Mrs. Doubtfire” and “Harry Potter and the Cursed Child,” have called off performances in recent days because of virus cases in their all-vaccinated casts and crews.

LONDON — Britain has recorded 106,122 new daily coronavirus infections, the highest total of the pandemic and the first time the figure has topped 100,000.

Confirmed infections have risen almost 60% in the past week, driven by the highly transmissible omicron variant.

The British government has re-imposed face masks in shops and ordered people to show proof of vaccination at nightclubs and other crowded venues. Prime Minister Boris Johnson says he won’t bring in new measures before Christmas Day, but may do so after the holiday.

U.K. health authorities are racing to give all adults a booster vaccine to help combat omicron. So far almost half the U.K. population has had a booster.

MADRID — Spanish Prime Minister Pedro Sánchez will convene a special Cabinet meeting Thursday to pass a decree-law making the wearing of masks mandatory outdoors, amid a surge in COVID-19 cases.

Sánchez announced at a meeting with the leaders of regional governments Wednesday that he was consenting to their appeals for mask-wearing rules to be extended, his office said.

A decree-law does not require a debate and vote in parliament before coming into force.

He also announced a raft of other measures, including an offer to deploy the armed forces to help the regions step up their vaccination rollout and put military hospital beds at their disposal if they are needed, a statement said.

Sánchez said he is targeting 80% of the 60-69 age group to receive booster shots by the end of next week, among other goals.

Also, COVID-19 tests for professional use will temporarily be placed on sale at pharmacies and medical teams can be reinforced with retired staff and specialists who earned their qualifications outside the European Union.

Furthermore, fully vaccinated people won’t need to quarantine if they have been in contact with an infected person — a measure that seemed to be aimed at avoiding the shortages of essential personnel that other countries are experiencing.

CONCORD, N.H. — New Hampshire has put a pause on all superior court jury trials and grand juries through January because of rising COVID-19 cases.

Chief Justice Tina Nadeau said Wednesday the pause is partly due to “the difficulty in managing a juror population who are increasingly having to drop out because of sickness or exposure and the unique challenges these proceedings entail.”

She said jury trials are scheduled to resume in February if the rate of COVID-19 infections decreases substantially.

All New Hampshire courts will continue to remain open for the public for all other purposes.

BERLIN — The head of the World Health Organization is warning that blanket booster programs in rich countries risk prolonging the COVID-19 pandemic and says that “no country can boost its way out of the pandemic.”

WHO Director-General Tedros Adhanom Ghebreyesus said Wednesday that while vaccines have saved many lives this year, their unequal sharing “has cost many lives.”

Tedros has previously called for a moratorium on boosters for healthy adults until the end of this year to counter unequal global vaccine distribution.

He said that about 20% of vaccine doses being given every day are currently boosters. He added that “blanket booster programs are likely to prolong the pandemic rather than ending it, by diverting supply to countries that already have high levels of vaccination coverage, giving the virus more opportunity to spread and mutate.”

Tedros said that the vast majority of people who are hospitalized or die are unvaccinated.

VIENNA — Germany will begin requiring PCR tests for those traveling from “virus variant areas” in an effort to further slow the spread of the omicron variant, the German government announced Wednesday.

The new rules, for which the government did not give a specific starting date, will require travelers from “virus variant areas” to provide a negative PCR test less than 48 hours old. Exceptions will be made for travelers under 6 years old.

Entry from these countries is already severely restricted: Those coming to Germany from them must quarantine for 14 days regardless of vaccination status. 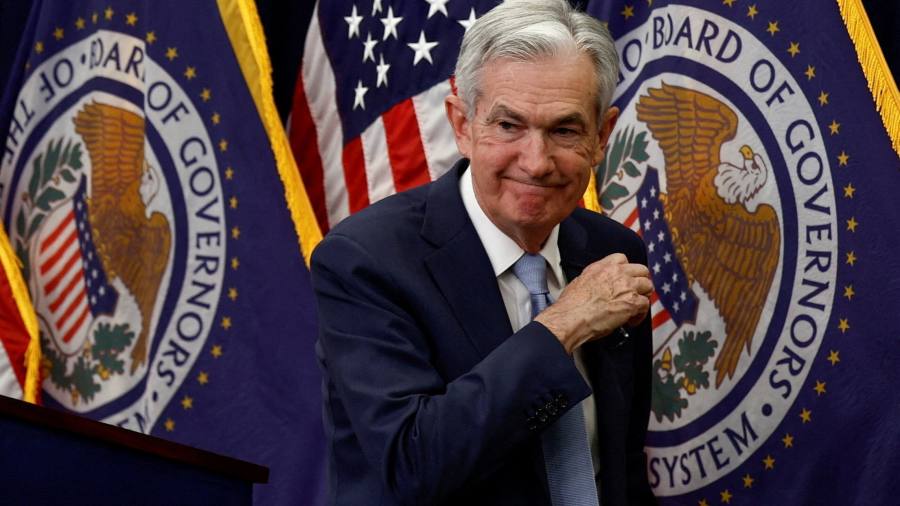 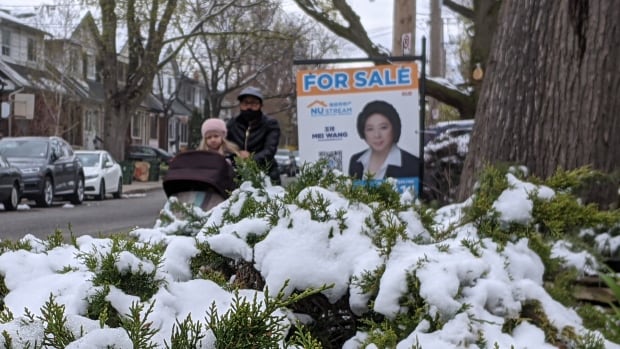