This article is an onsite version of our Europe Express newsletter. Sign up here to get the newsletter sent straight to your inbox every weekday and Saturday morning

Welcome back. Despite roaring inflation, Turkey’s central bank cut its benchmark interest rate on Thursday to 9 per cent from 10.5 per cent. What are the implications for President Recep Tayyip Erdoğan’s bid for re-election next year? How will Turkish foreign policy evolve? I’m at [email protected].

To describe Turkey’s economic policies as mystifying isn’t quite accurate. There is a certain method to the madness.

On the face of things, repeated interest rate cuts — this week’s move was the fourth reduction in as many months — make no sense at a time of 85 per cent inflation, currency depreciation and depleted foreign exchange reserves. Adjusted for inflation, real interest rates now stand at the mind-boggling level of more than minus 75 per cent.

Yet as the FT’s Laura Pitel explained in September, Turkish business executives have long experience of turbulent political conditions, high inflation and currency crises. In inventive and unorthodox ways, many of them are coping.

Moreover, the central bank’s benchmark interest rate may be less important than it seems. Private banks rely on other rates, such as deposit rates, that move independently of the benchmark.

For these and other reasons, Scope Ratings, a credit-rating agency, expects Turkish economic growth to be 5.3 per cent this year and 3 per cent in 2023 — well above average European levels.

Moreover, Turkey’s enormous current account deficit is to a large extent being financed by inflows of funds — some $28bn in the first eight months of this year — whose origin is unclear. Finance minister Nureddin Nebati says all the money is legitimate and some of it consists of funds repatriated by Turkish companies and individuals.

In a related development, it emerged this week that Saudi Arabia may lend Turkey a helping hand by depositing $5bn at the Turkish central bank. It seems the freeze in Saudi-Turkish ties caused by the 2018 murder of the journalist Jamal Khashoggi at the Saudi consulate in Istanbul is over.

Although Erdoğan poses as a champion of low interest rates for religious as well as economic reasons, one purpose behind his defiance of conventional monetary policy theory is to raise his chances of re-election in the presidential contest that must be held by next June. In legislative elections to be staged at the same time, Erdoğan hopes to prolong the 20-year rule of his Justice and Development party (AKP).

Such calculations account for a sharp increase in pre-election government spending, notably on a $50bn plan that Erdoğan calls “the biggest social housing project in the history of the Turkish republic”. Despite the pressure on ordinary Turks from rampant inflation, there’s some opinion poll evidence that the government’s spending splurge is reducing popular discontent with the AKP’s economic policies.

Still, the anti-Erdoğan opposition thinks it’s in with a chance. When they formed an alliance to contest municipal polls three years ago, opposition forces claimed victory in Ankara, Istanbul and other cities. Yet it’s uncertain whether they can rally behind a single presidential candidate and set aside differences so acute that some opposition politicians refuse even to take tea together.

A useful, cautionary parallel can be drawn with the experience of opposition parties in Hungary’s April parliamentary elections. There, hopes ran high that a united, six-party electoral front would be strong enough to defeat Viktor Orbán, prime minister, and his ruling Fidesz party.

It all came to nothing. Like the AKP in Turkey, Fidesz splashed out on lavish pre-election spending programmes. Orbán tilted the odds in his favour by denying the opposition equal access to media and advertising. Beyond that, both Fidesz and the AKP benefit from a core base of popular support, especially in towns and rural areas away from the big cities of each country.

In Turkey’s case, Erdoğan has taken a leaf from Orbán’s book by passing a law on “disinformation” that his opponents complain will restrict criticism of the government as next year’s elections approach. As the European Commission observed in its latest report on Turkey: “There are serious deficiencies in the functioning of [Turkey’s] democratic institutions.”

What would change if the opposition, against all odds, came to power? The fullest, most up-to-date summary is this analysis by Alper Coşkun and Sinan Ülgen for the Carnegie Endowment for International Peace.

They contend that, under a different government, Turkey would pursue a more constructive relationship with the EU, Nato and the US. But they caution that the Turkish public’s attitude to western countries has cooled over the past 20 years.

Sinem Adar explores Turkey’s Eurasian ambitions in this study for the Centre for European Policy Studies and reaches much the same conclusion. “Even with a possible change in government in the 2023 elections, Ankara’s threat perceptions in the eastern Mediterranean concerning Cyprus and Greece will probably remain similar. It is also realistic to expect no significant changes in Turkish aspirations for an autonomous foreign policy,” she writes.

Meanwhile, the prospects appear dim that Turkey will quickly approve the applications of Finland and Sweden for Nato membership — even though all member states, except Hungary and Turkey, have given the green light.

In short, it’s probably true that next year’s elections will be the most challenging Erdoğan has faced in two decades. But it’s also likely that any future government will keep up Turkey’s role as a muscle-flexing regional power, active in hotspots from Libya and Syria to the south Caucasus and careful to maintain some distance from the US and its European allies.

More on this topic

A culture war is raging in Turkey, and one of its battlegrounds is the consumption of alcohol — an analysis by Evangelos Aretaios and Christina Kapodistria for the Athens-based Eliamep think-tank

“Ukrainians will most likely have to live with blackouts until at least the end of March” — Sergey Kovalenko, chief executive of Yasno, a Ukrainian power company, describes the impact of relentless Russian missile strikes on the nation’s energy infrastructure

Tony’s picks of the week

The Stats Guy: Millennials care about the environment, but does that mean they're ditching petrol cars? | The New Daily 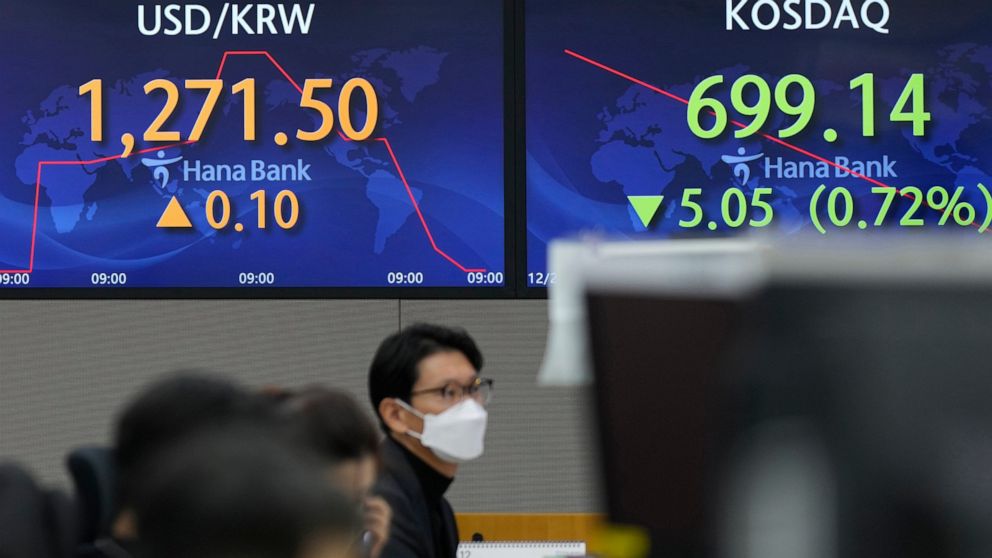 A long-term illness crisis is threatening the UK economy 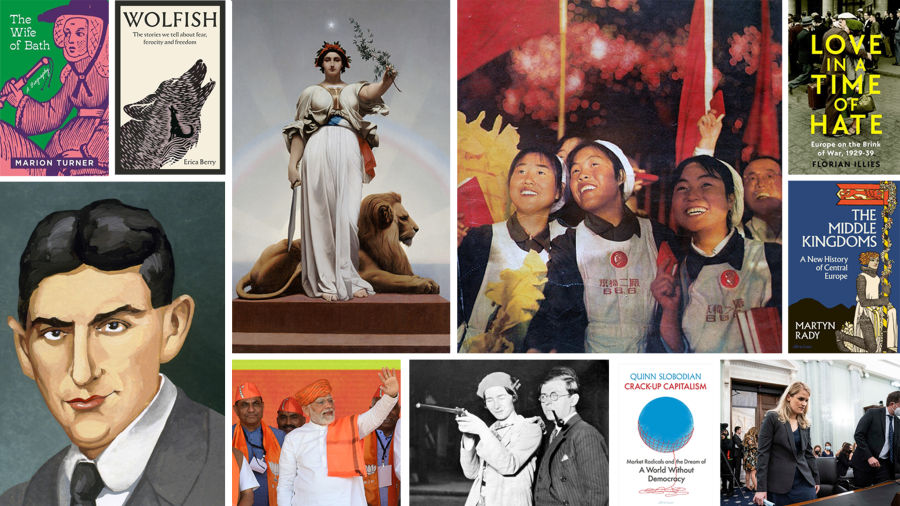 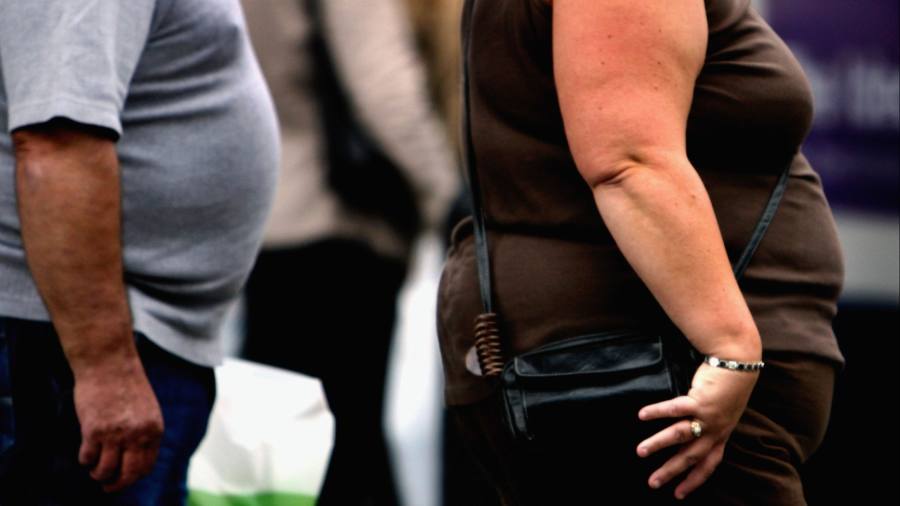 Race is on to develop new generation of weight-loss drugs